This time I’m tackling two challenges at once. I really want to get to challenge 15 by the end of this week. Let’s do this!

In this challenge I’ll learn how to copy data to a Unix file using JCL. There’s several ways to do this but this challenge is particularly about using JCL. This could also be done by using Unix cp command, TSO ocopy, oput, oget, oputx and ogetx commands. And some other methods.

Let’s go ahead and view the JCL of CH12JCL. 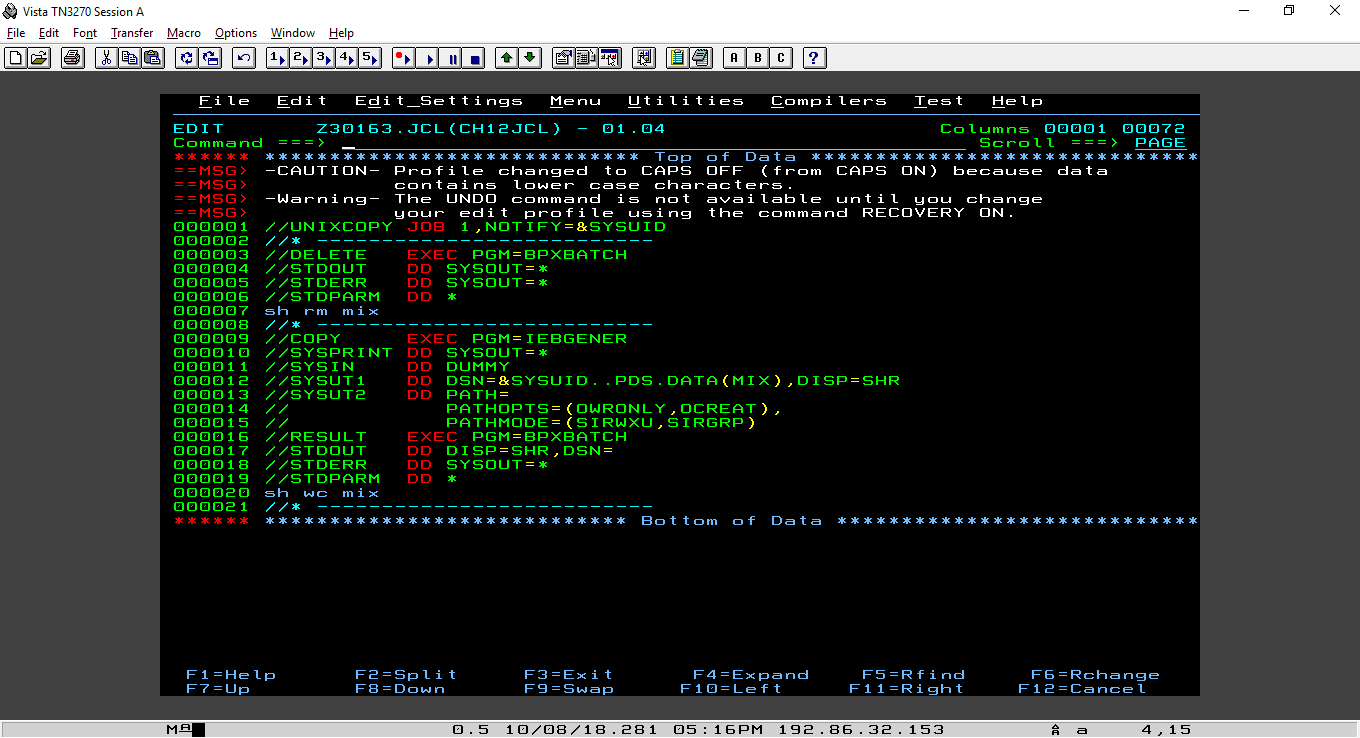 The output of this JCL then needs to be copied to P2.OUTPUT(#12). Let’s read what IBM has to say about this challenge. 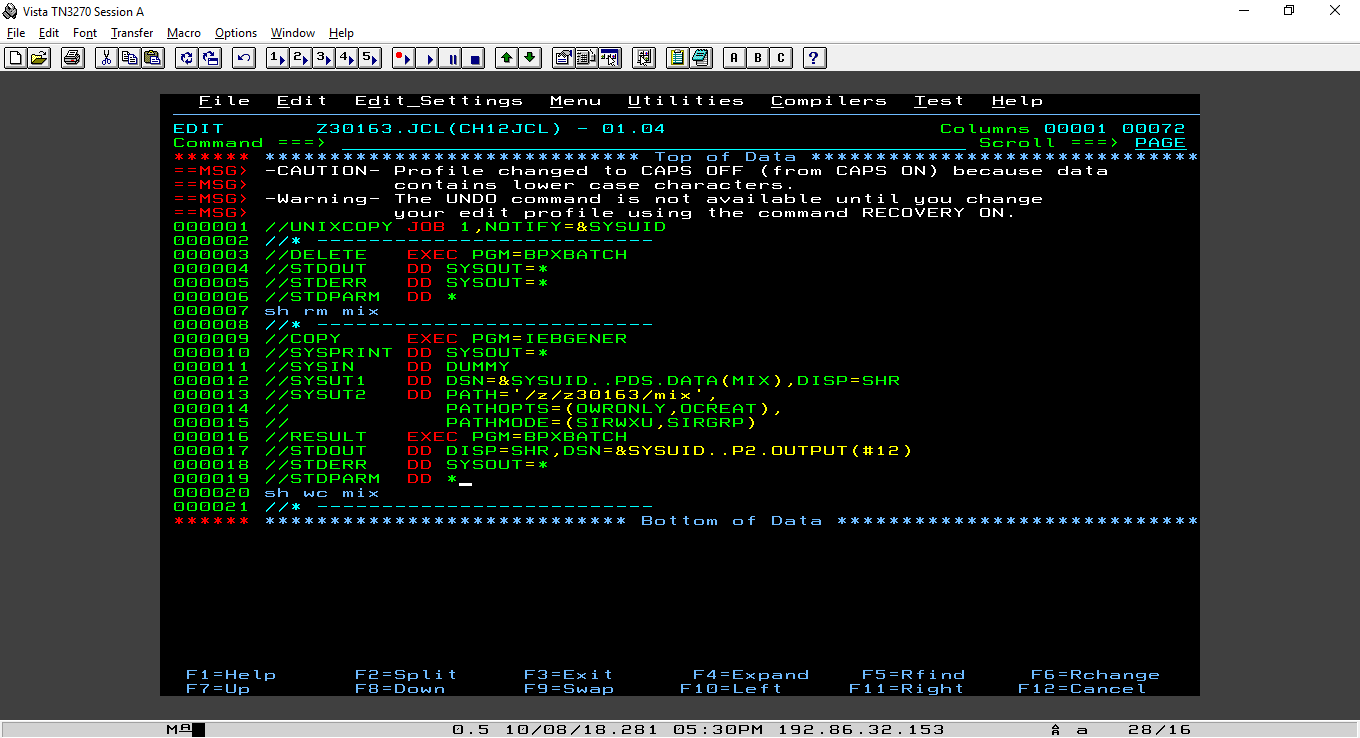 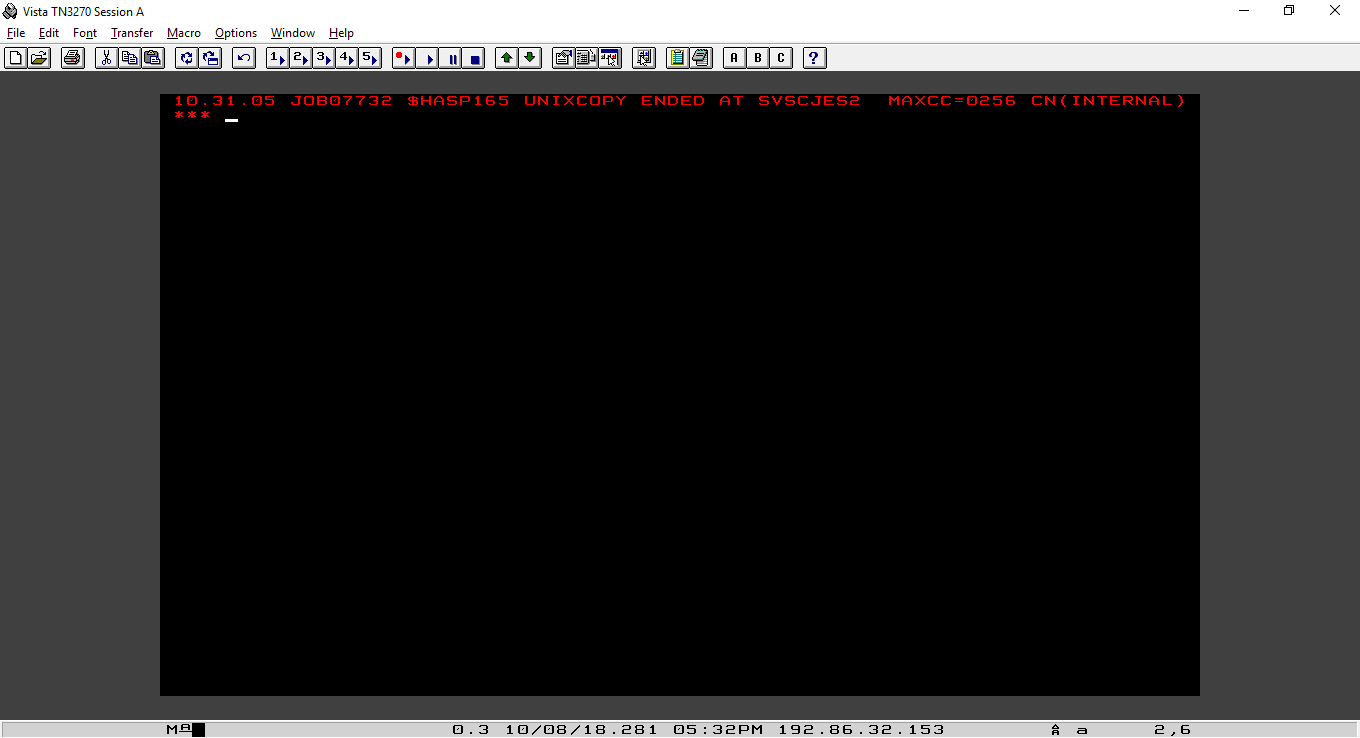 So we get MAXCC=0256 as expected! I’ll check member #12 inside P2.OUTPUT to verify the word count. 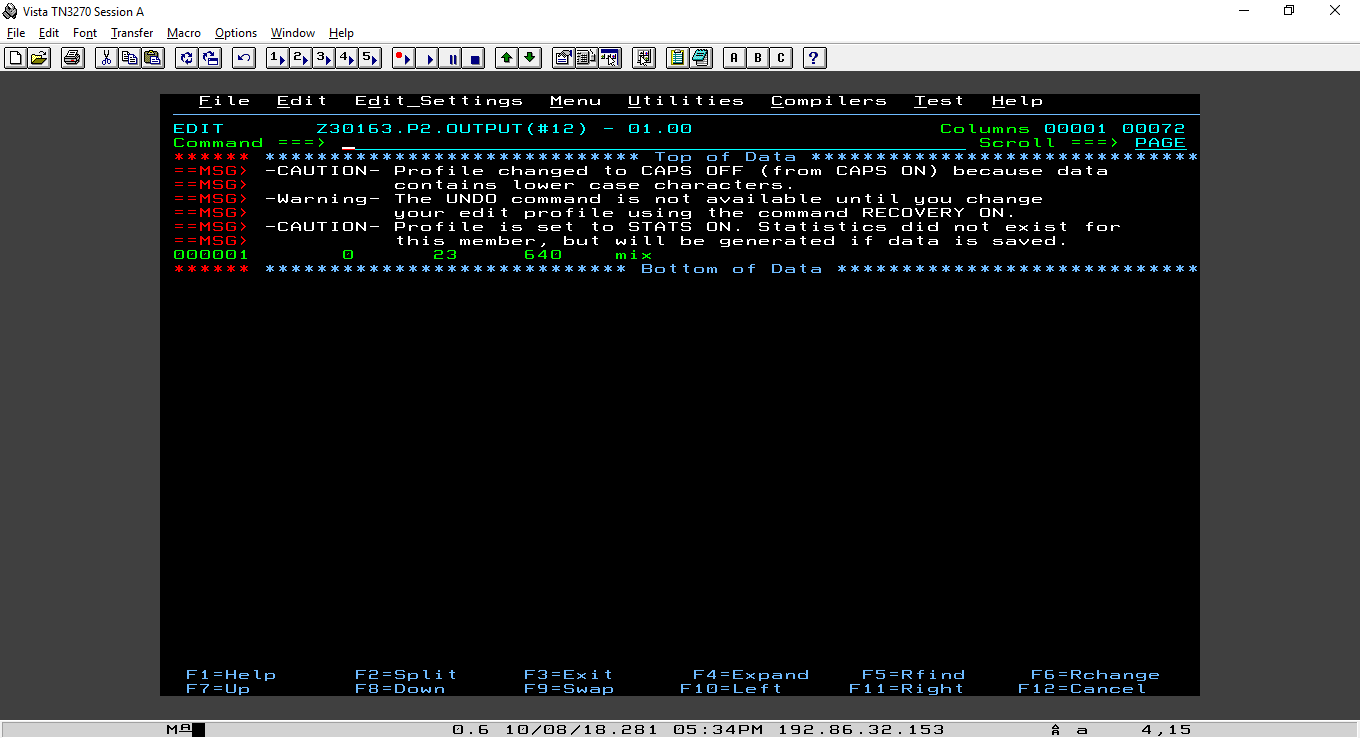 Looks like a word count! Let’s continue to challenge #13!

In this challenge I’ll learn how to use JCL for Unix shell processing and I’ll also edit some Unix files. I need to execute CH13JCL then I’ll have to edit the file using the Unix shell prompt. 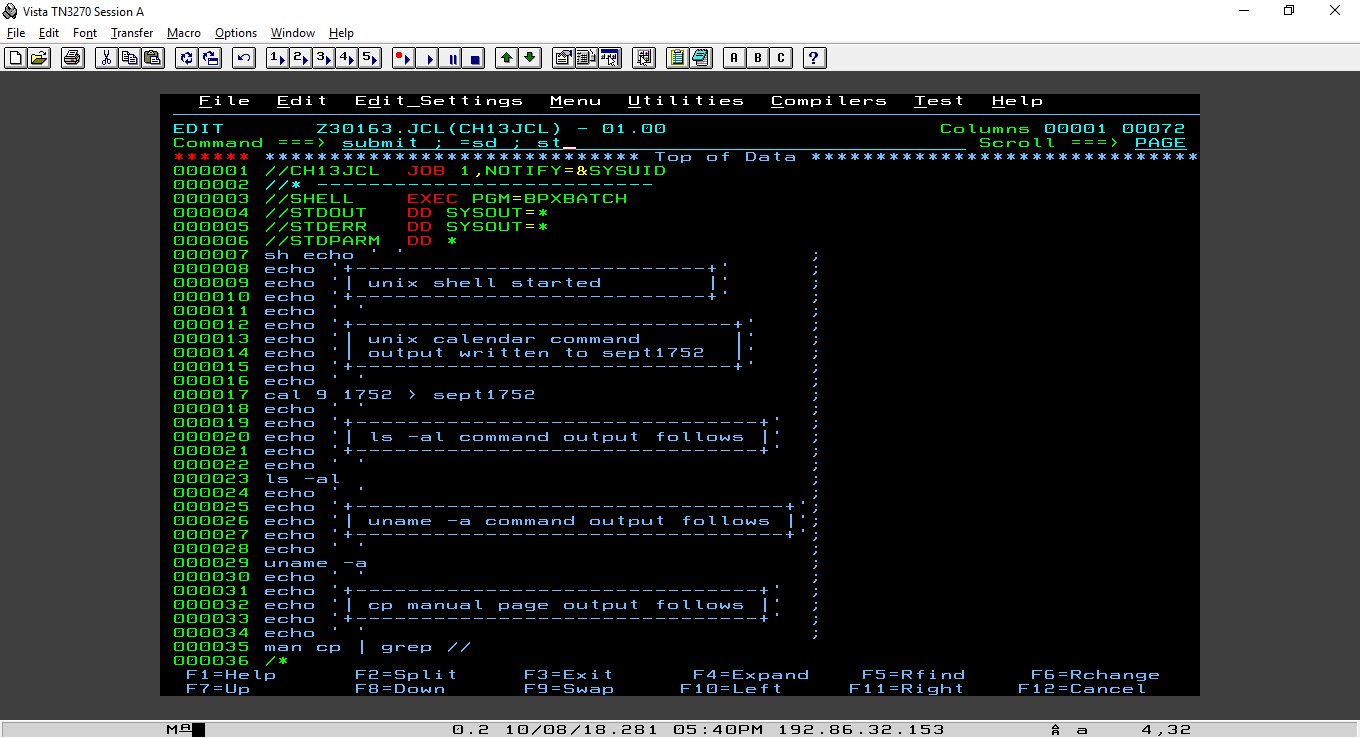 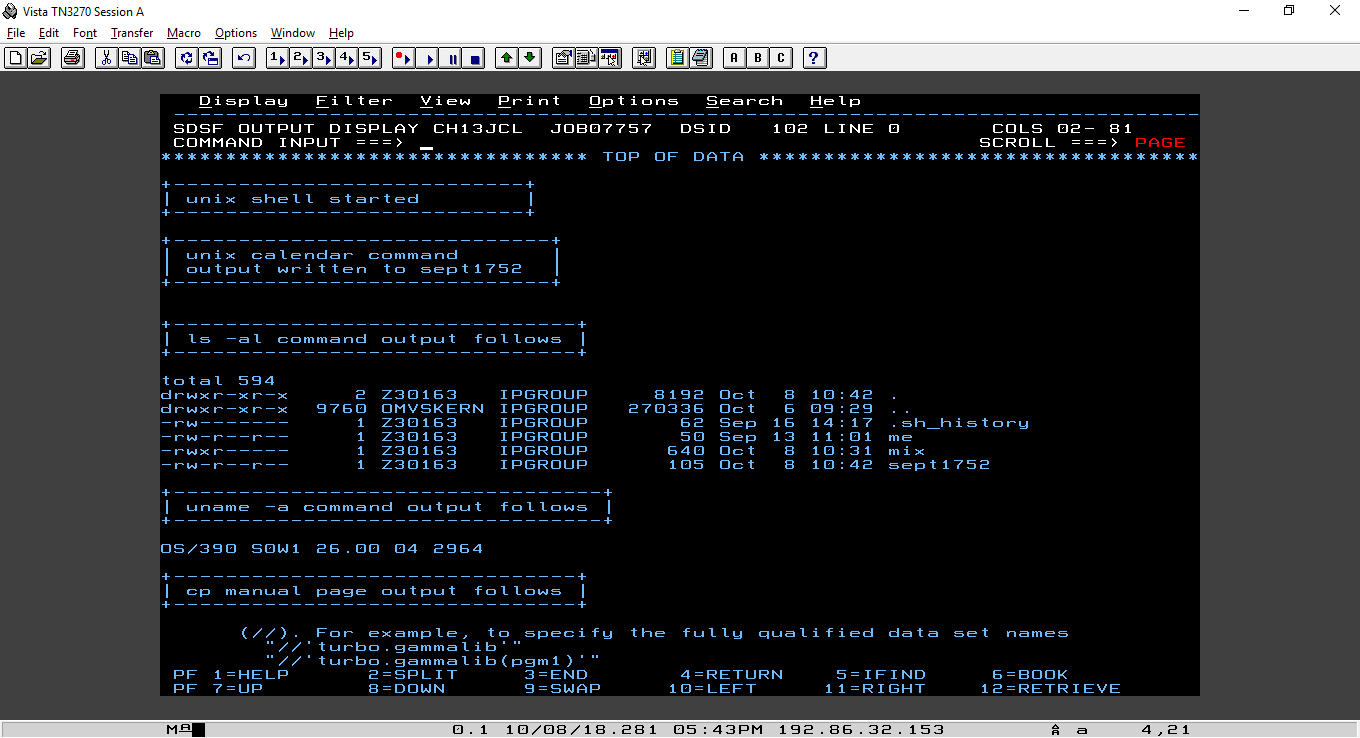 Output written to sept1752. Looks like I can start enter the realm of Unix safely! I can do that by entering tso omvs as a primary command just about anywhere. 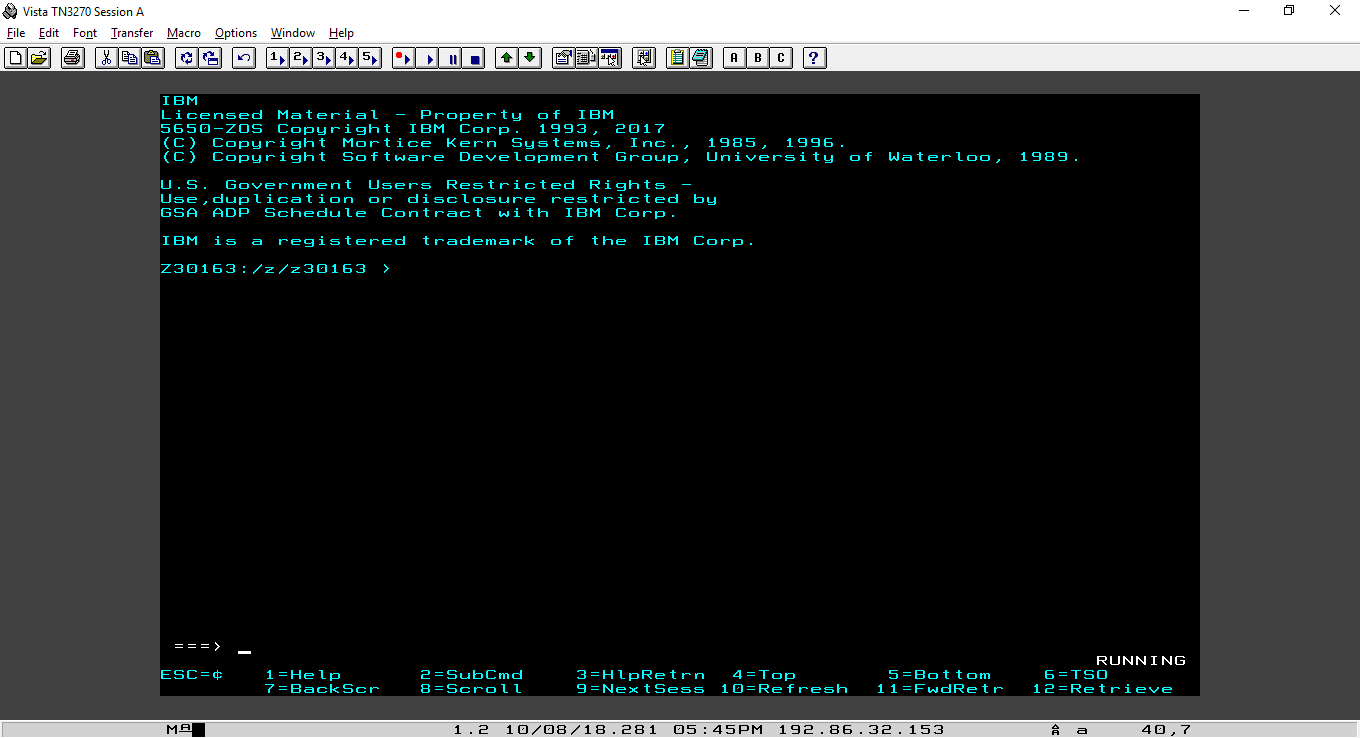 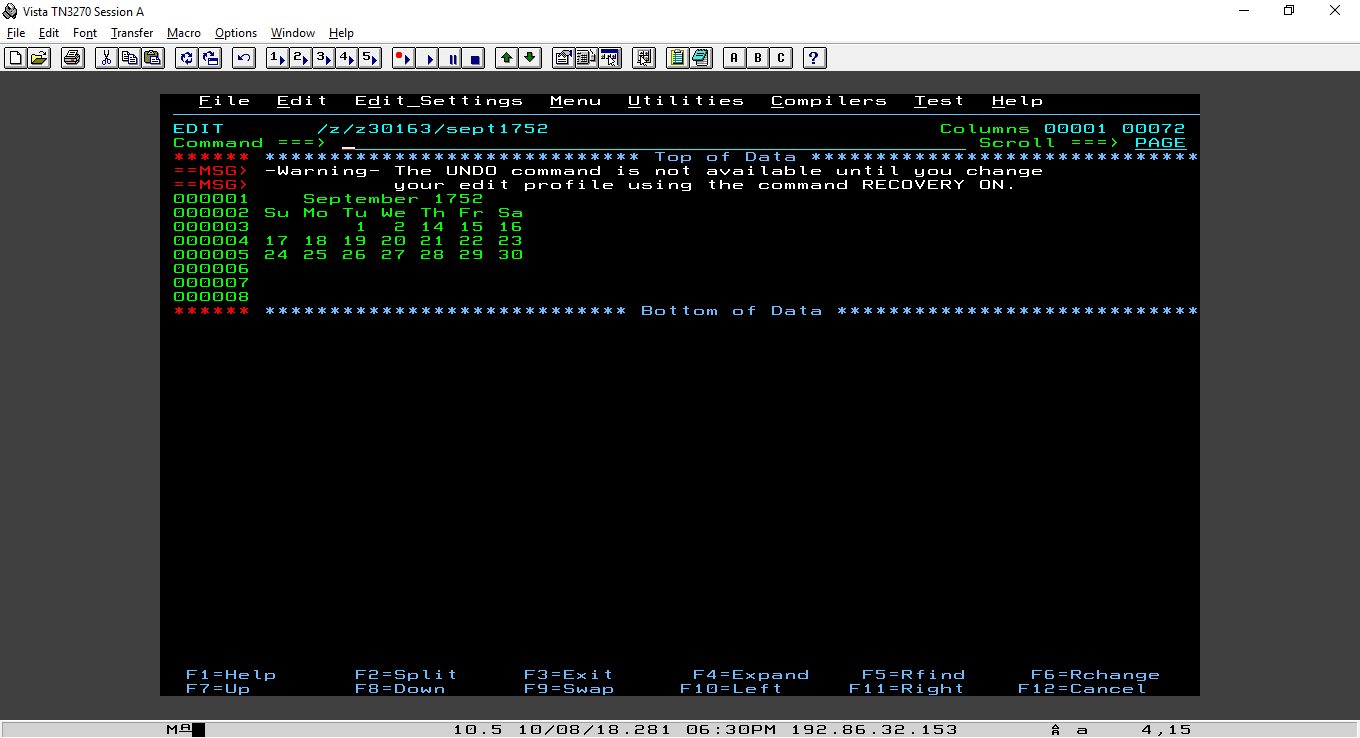 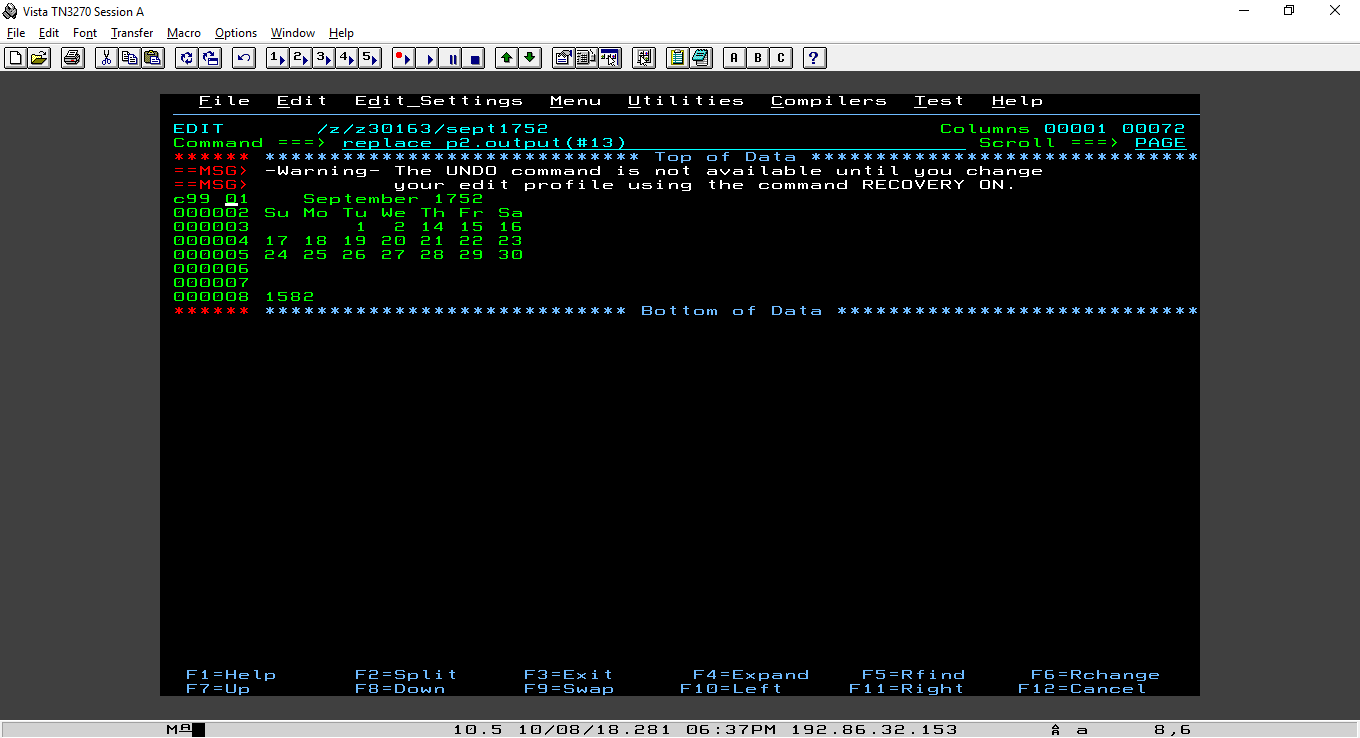 Member #13 created! Now let’s exit the oedit section & the unix shell session and return to the ISPF session. I’ll go ahead and check if I’ve copied everything correctly. 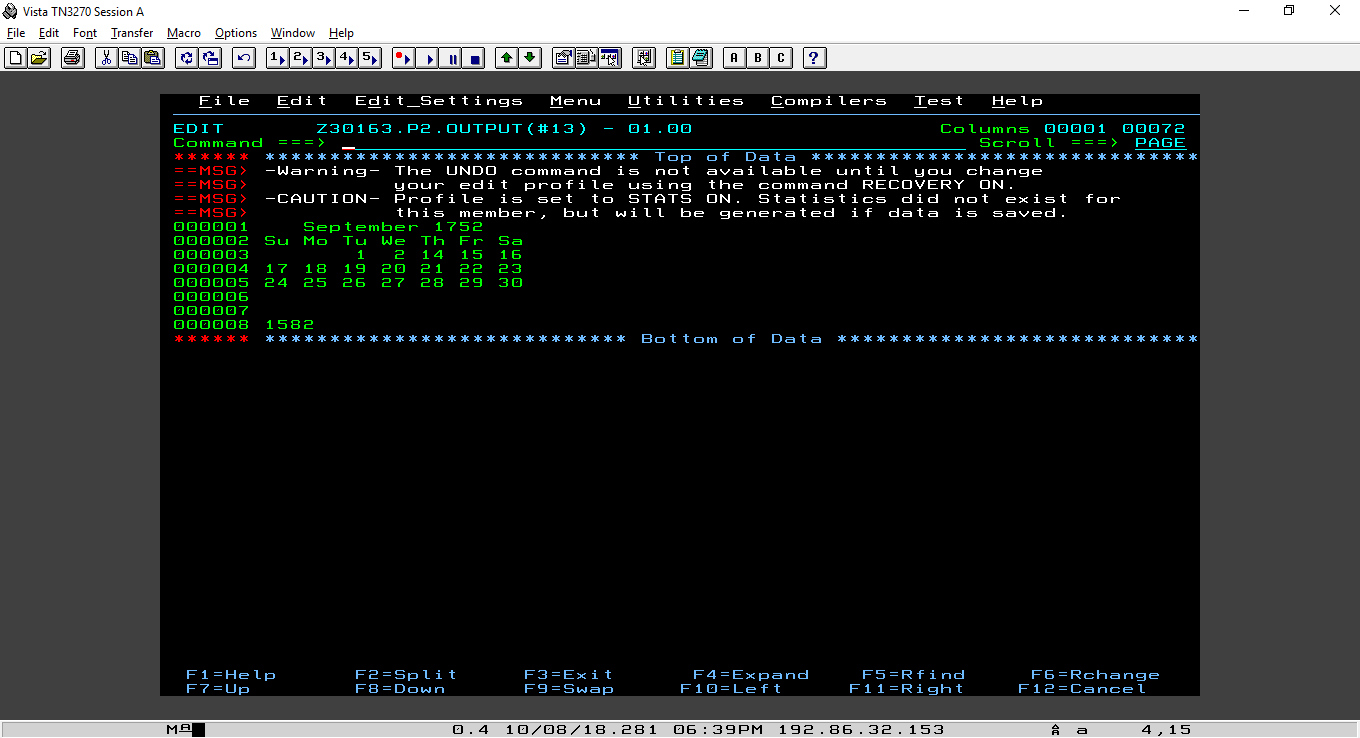 I’m getting there! I’m slow I know! I could’ve done these challenges a month ago if I knew they were so simple. Part 3 is getting closer and I’m very curious about it’s difficulty. Please keep in mind that I won’t be posting part 3 solutions, I’ve promised that to Paul Newton! I will post my ideas on how to solve the challenges, but there’ll be less screenshots and code.

Next challenge will be about DB2. I’ll have to dig up my SQL skills again, hell yeah!

Have you made any progress anywhere?