Today we’re going to learn a bit more about data sets. This will be a somewhat longer challenge, but hey, what has to be done has to be done. That’s a fully correct English sentence.

Again, for starters we need to allocate a new data set using a series of commands. I will list them here for quick completion. 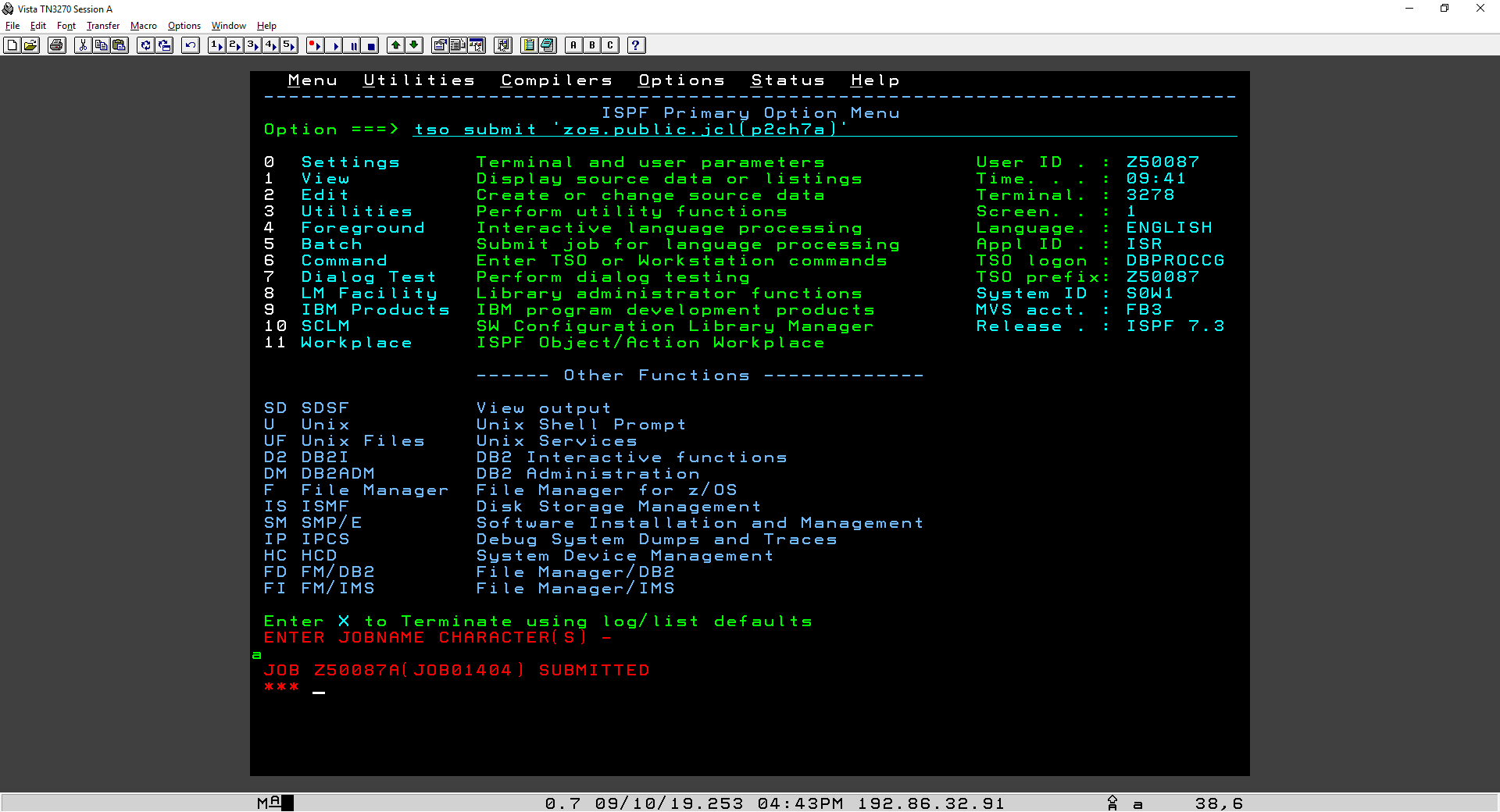 Now we see the following data. Make a note of the LRECL, RECFM, and DSORG values. The values are needed to complete the challenge. 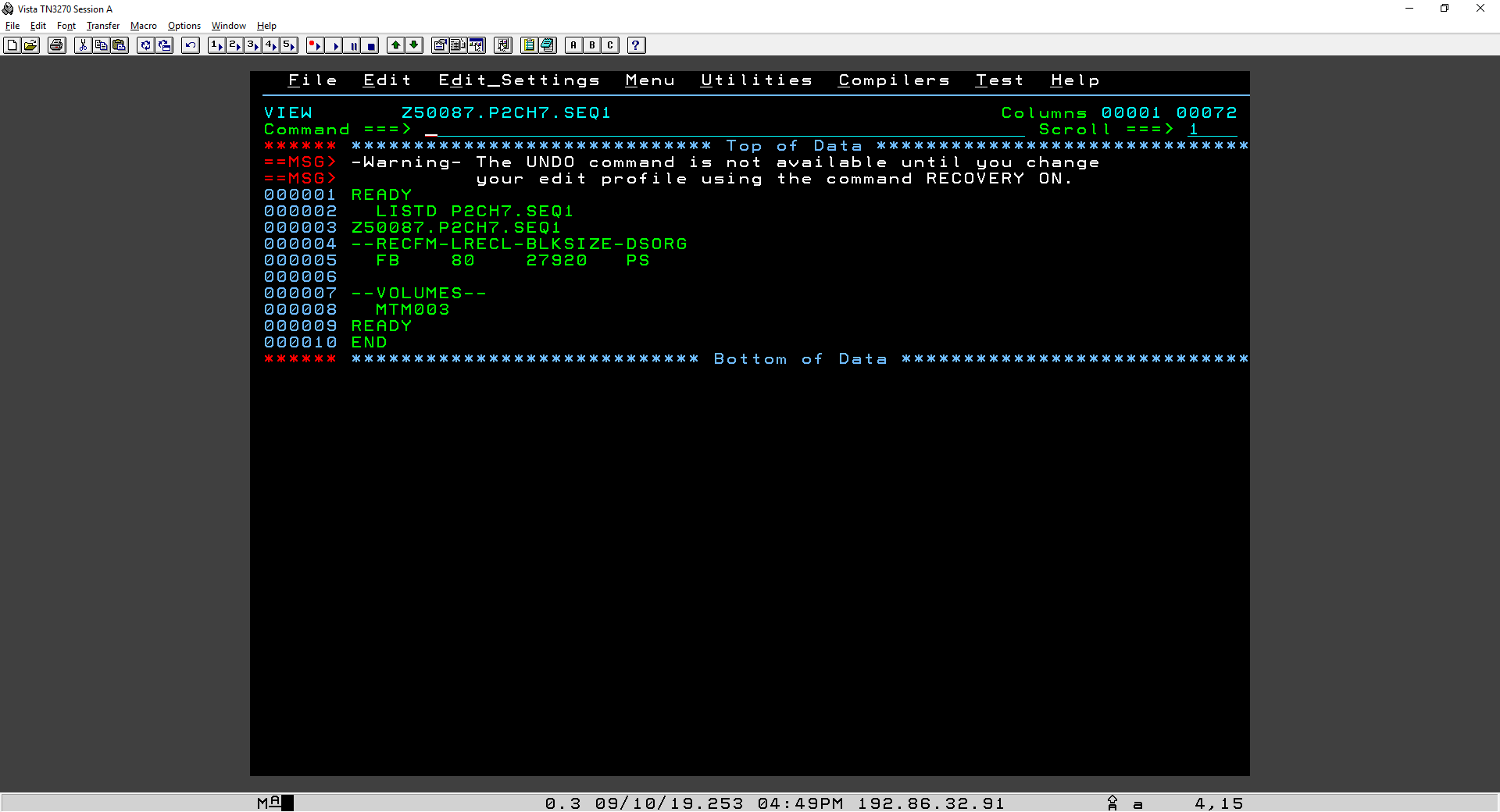 I took note of these values, did you?

Again we need a series of commands to get to the JCL we need to modify. 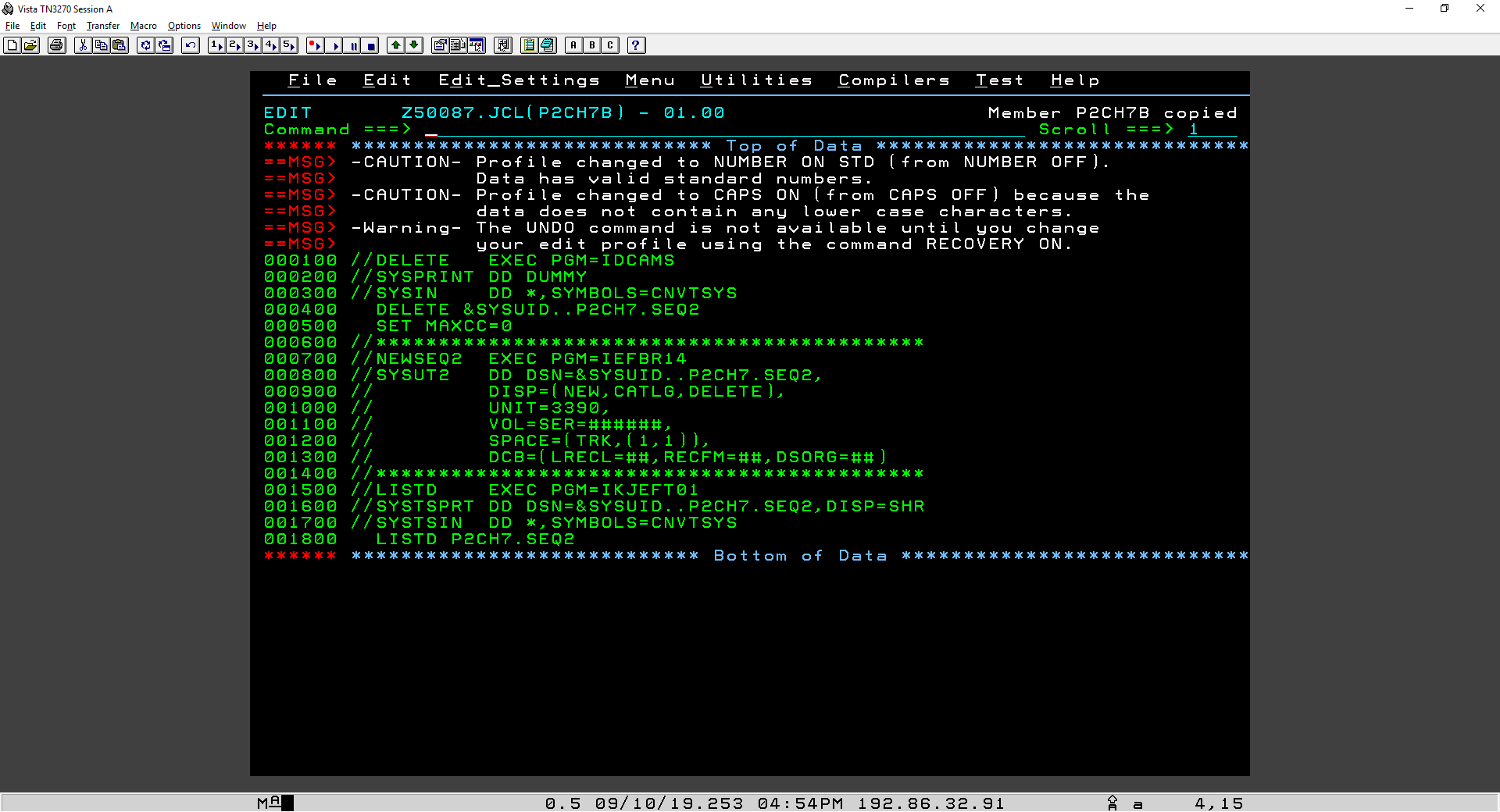 I have made the changes, I have also highlighted them on the screenshot above. Submit it using sub ; =sd ; st and if it asks for a jobname character choose b.

Complete the challenge by creating member #07 into your P2.OUTPUT data set

Again a series of commands.

P2CH7.SEQ1 and P2CH7.SEQ2 are present in this list. This means I have completed the challenge correctly!