We’re in for a short blogpost. I thought those were long gone. Today I’m taking a look at virtualisation with z/VM. Actually the z/OS we’ve been working on was a virtual machine controlled by a single LPAR (logical partition).

I’ve been wondering, there’s so much you can do with a mainframe, how on earth can a man learn everything? Do you get proficient in mainframes once you’re ready to retire?

I have fiddled around with virtualisation quite a bit. I’ve worked with Virtualbox, VMWare workstation/player and VSphere. But this is probably a whole other level of virtualisation. I’m really curious.

An IBM Z machine can run just about 85 different LPARS at the same time. Running 8,000+ operating systems within a single IBM Z frame with network delay between the operating systems near zero is industrial strength architecture. Impressive! If you’re interested you can request a trial for a Linux virtual machine at https://developer.ibm.com/linuxone/. 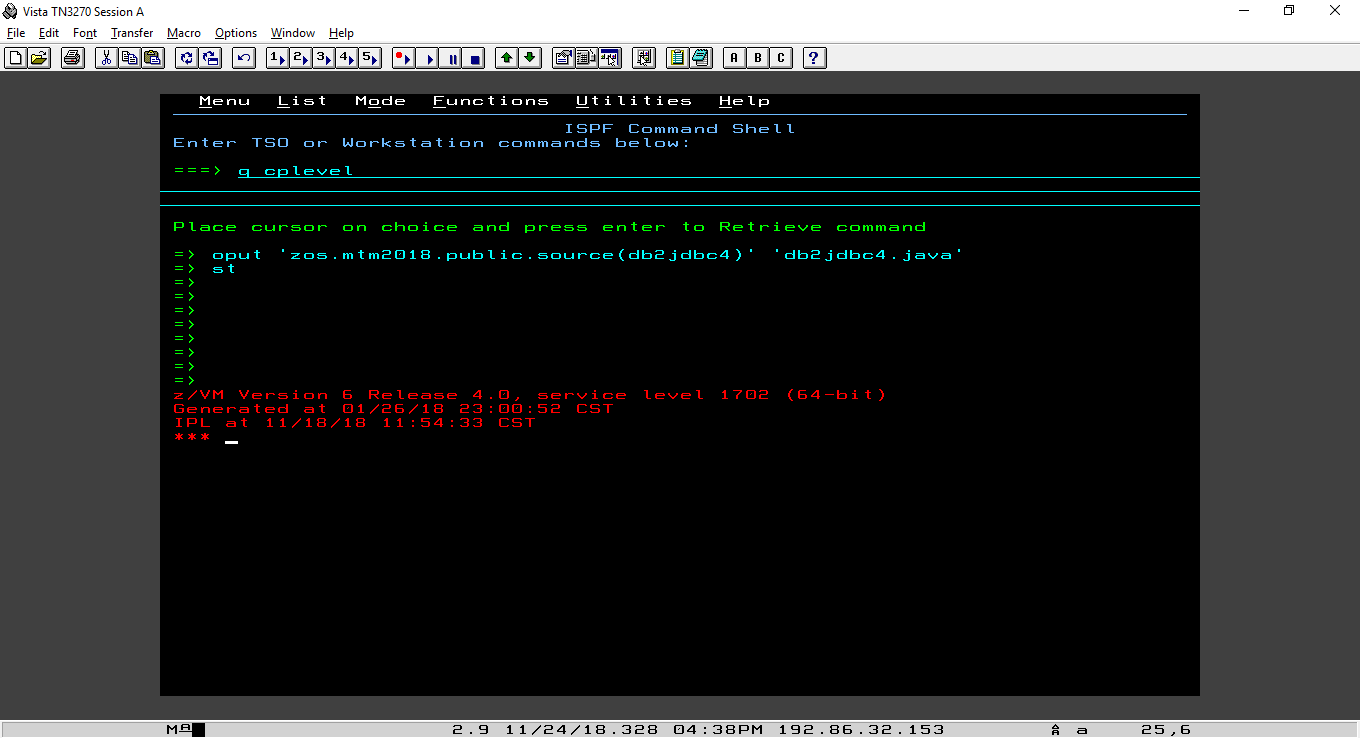 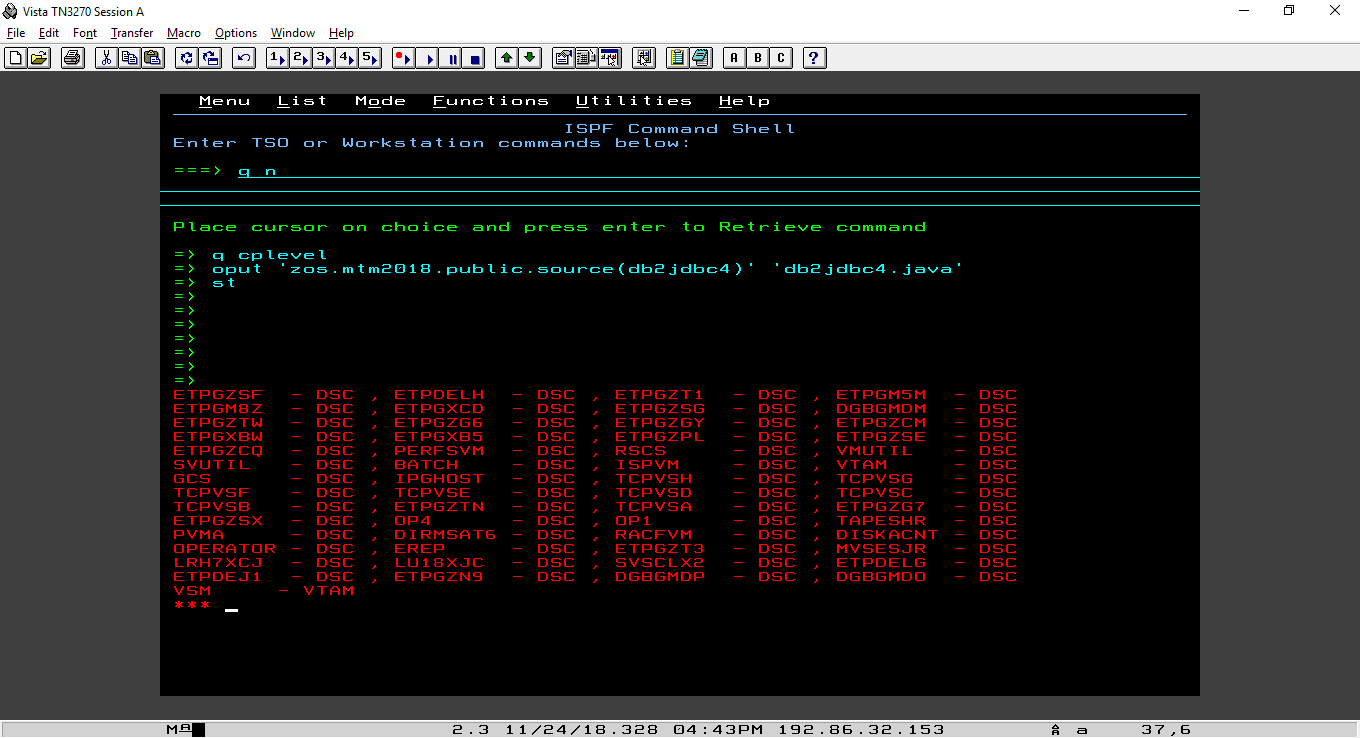 Hmm, so there are 56 virtual machines? Or 57 including the VSAM – VTAM one. Let’s check which network interface controller I’m using, by issuing q nic. 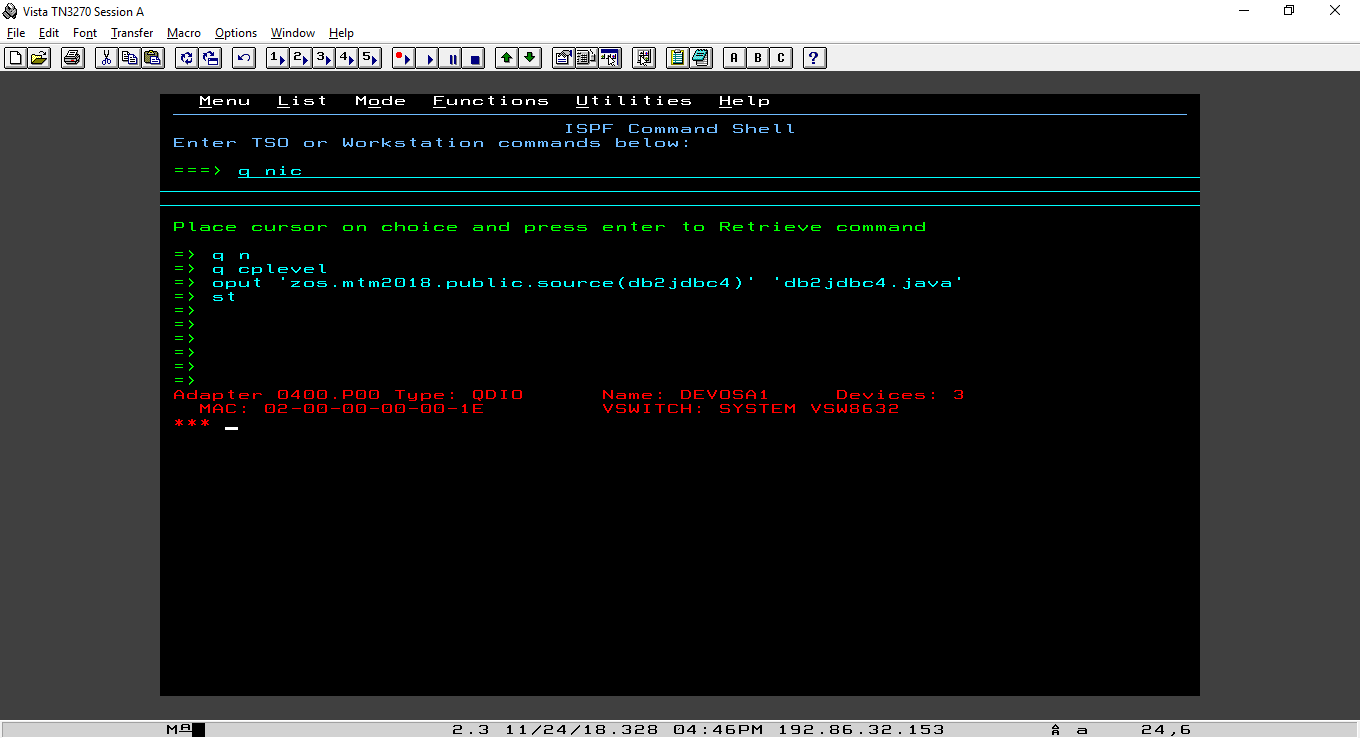 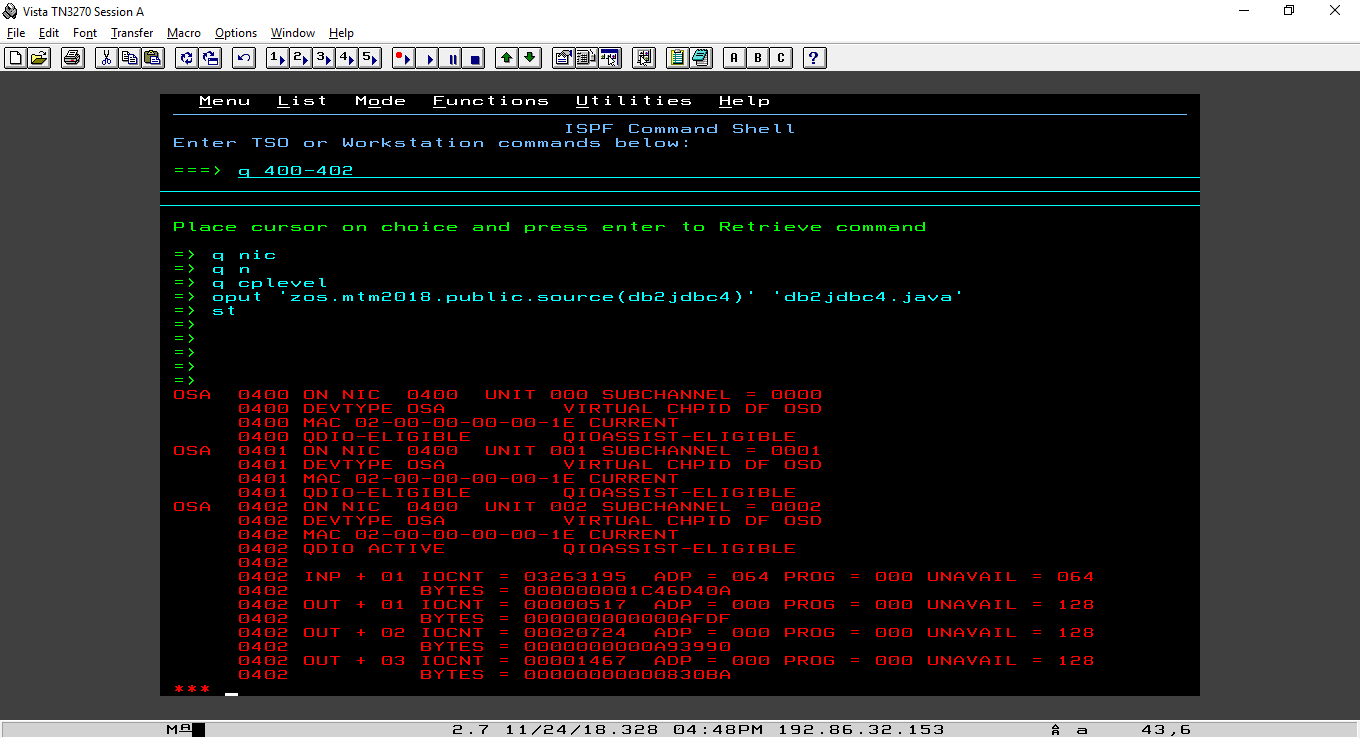 I got the information I needed.

Now I exit the ISPF Command Shell and check the vendor.tcpparms data set using dslist ‘vendor.tcpparms’. I need to select the member S0W1. 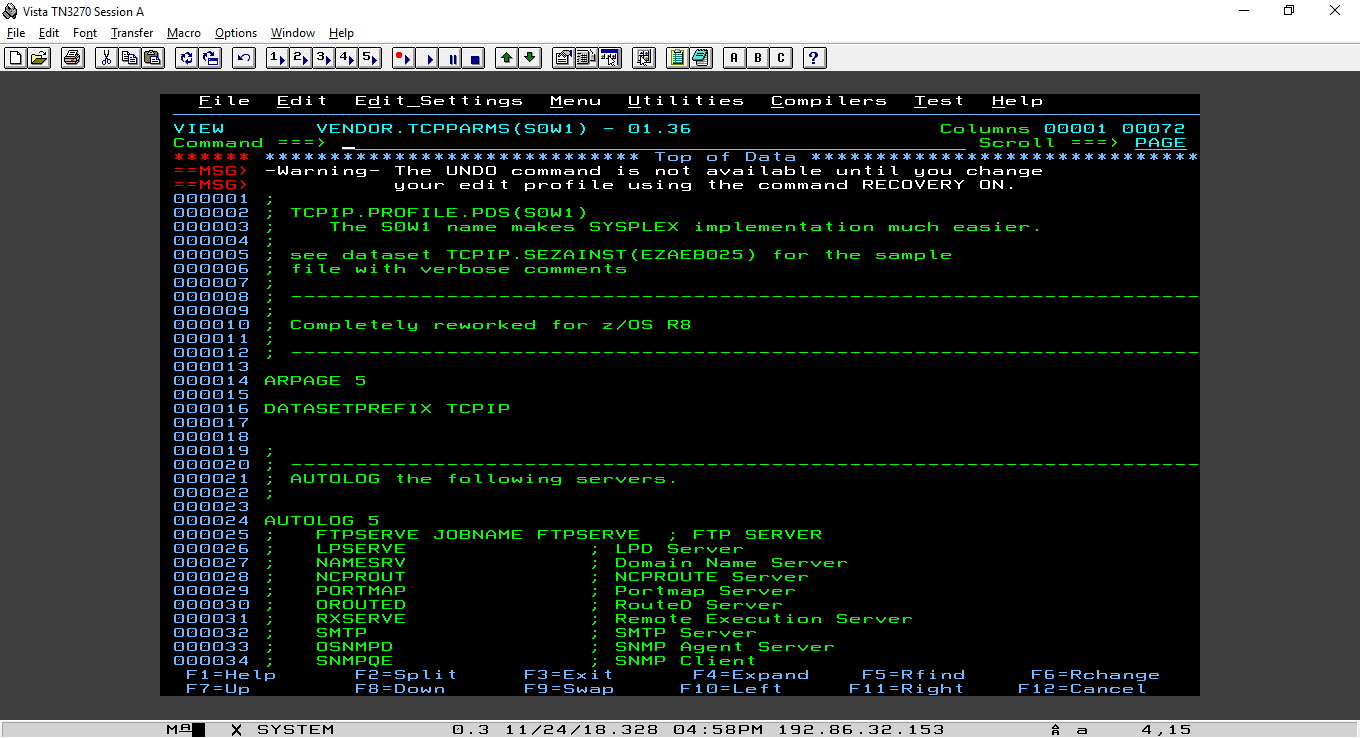 To be honest, I have no idea how to work with label so I just copied after .zl. So now I’ve copied 99 lines into p3.output(#12) and I should be done. 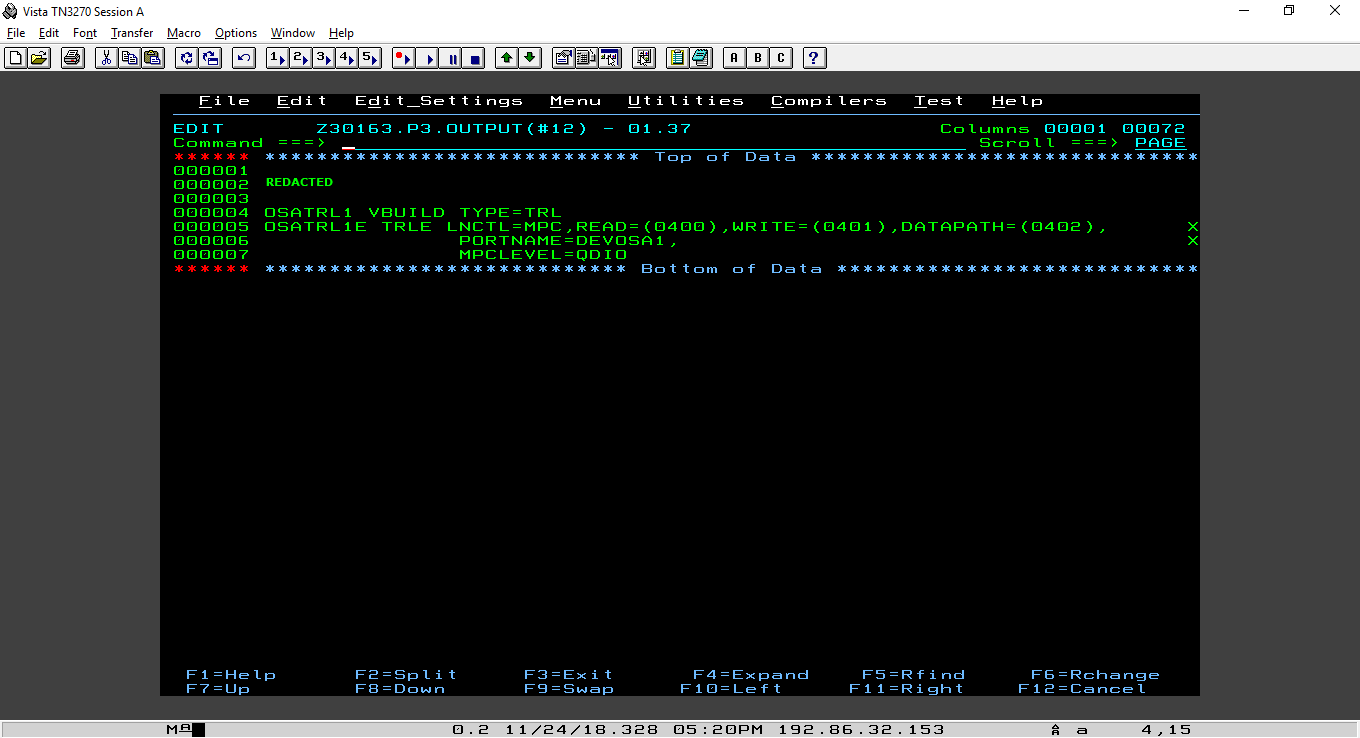 It’s been a very rough week, and challenge #13 is very long and complex so it’ll take much longer for me to complete this challenge and write a blogpost about it. Just a friendly heads-up 🙂

I’m also sad, I thought I was going to learn about virtualisation but to be fair… I’ve learning pretty much nothing from this challenge. What was the point of this? So I would know which NIC I had? No idea.

It was black friday recently, did you buy anything?