You have stumbled upon my blog and you seem to need help or either you need a good read. Or maybe you’re bored? Or maybe you’re interested in what I do all day? Hey, who will tell?

Again the following disclaimer: the earlier challenges won’t have much screenshots as they are already provided by IBM. I will probably guide you more through the more difficult challenges where there is none to little help from IBM.

If you’re interested in viewing a video that explains the ISPF panel you can view this 8 minute video.

As this is just a series of commands and IBM has provided a lot of screenshots I will just make a summary of the needed actions so you can speedily solve these early challenges.

The previous two commands are some form of REGEX. More about REGEX here. Although this isn’t really REGEX but a more simple change command. 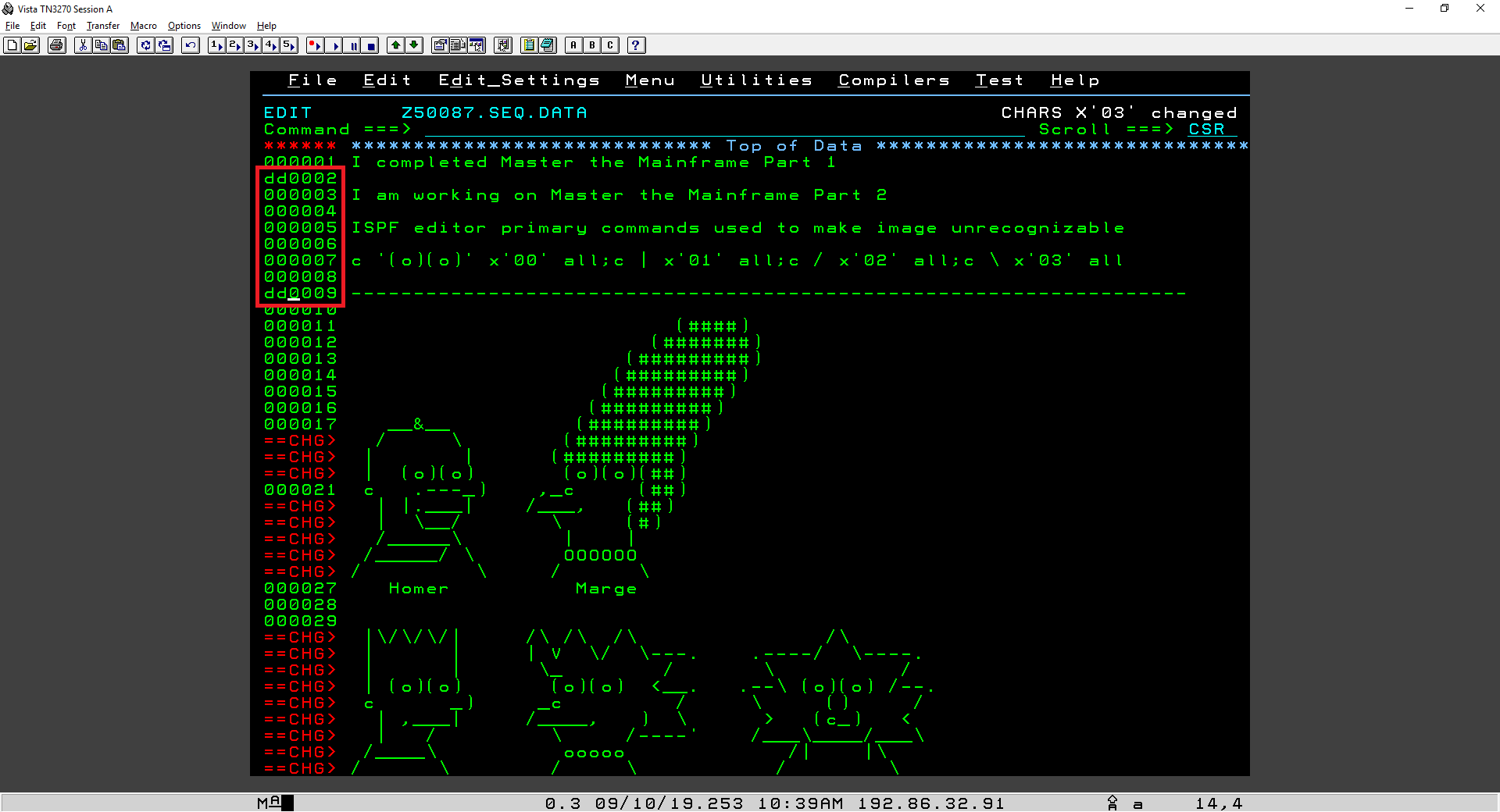 The dd command deletes several lines inside the editor. A single d as line command only deletes one line. 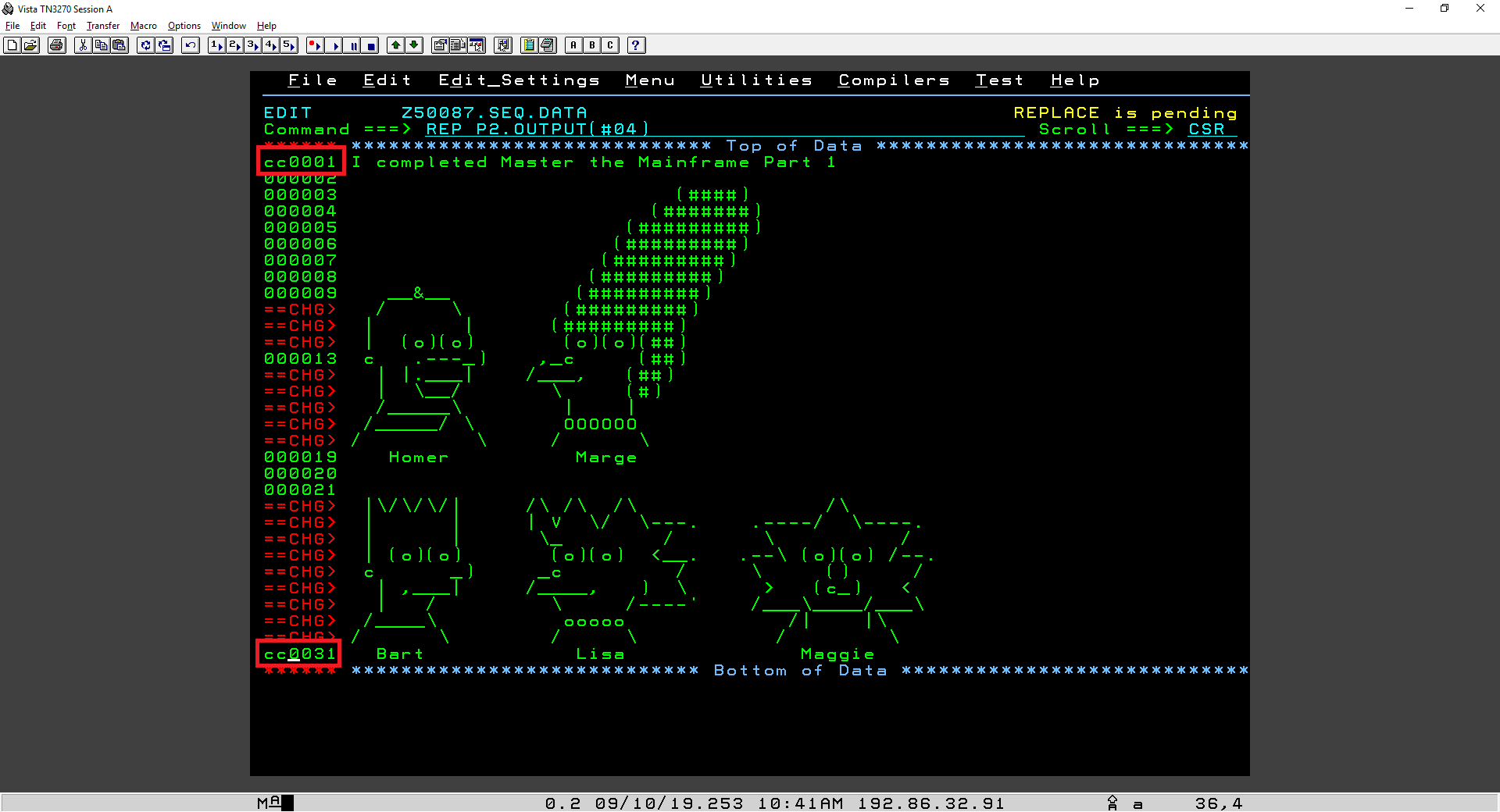 You should see Member #04 replaced in the upper right of your screen. 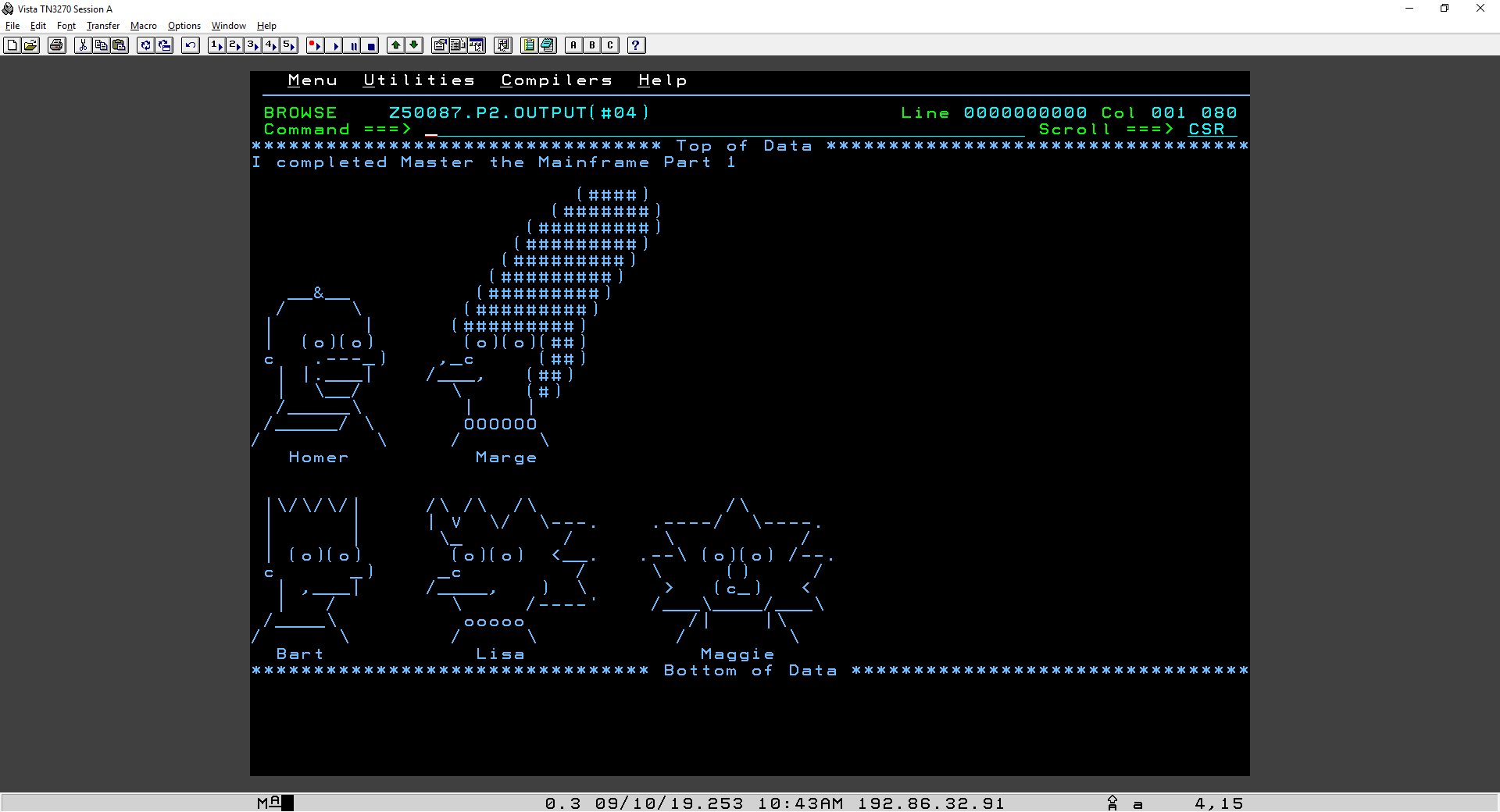 If you see a textual representation of the Simpsons then you have successfully completed challenge 04!