I’m running out of post banners to use, any recommendations? ISPF only has that much welcome screens, so I just took the #MTM logo. I’m also running out of witty intros and topics to talk about before I start writing about #MTM.

I have also noticed that the word count increases dramatically per blogpost… I’m not sure if I can top the 750 words from last time. But hey! It really doesn’t matter, the only thing that matters is that this blog stays interesting enough to read.

This time I need to watch lecture video 8 which happens to be less than 8 minutes. Guess it’s time to mute the Retro Arena Top 100 megamix I’m listening to and learn a few things about the ISPF Editor.

The most important thing this video told me is that there are two types of commands. Primary commands that are to be typed in the command input. Lastly, the line commands which are to be typed over the line numbers.

A summary of the ISPF commands can be found here.

I need to edit the previously created dataset SPF2.LIST. 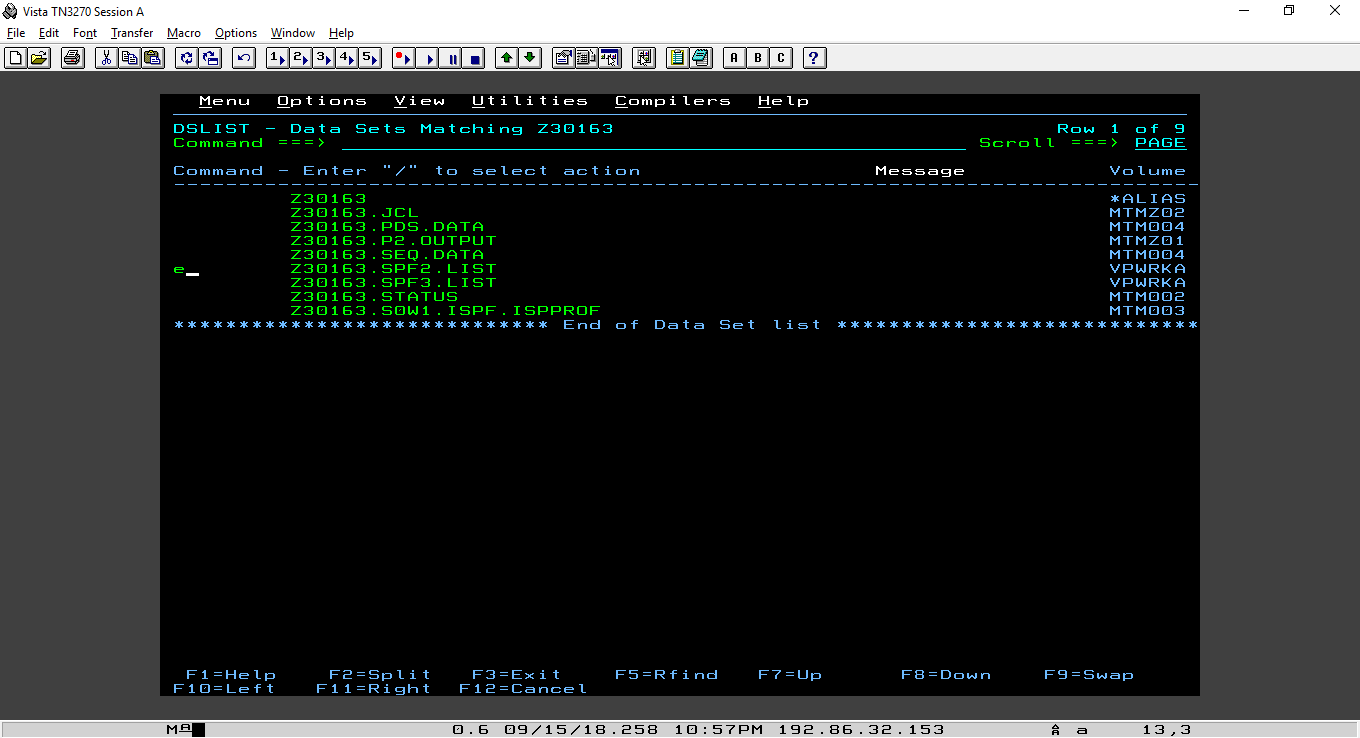 When issuing the edit command I got this screen. 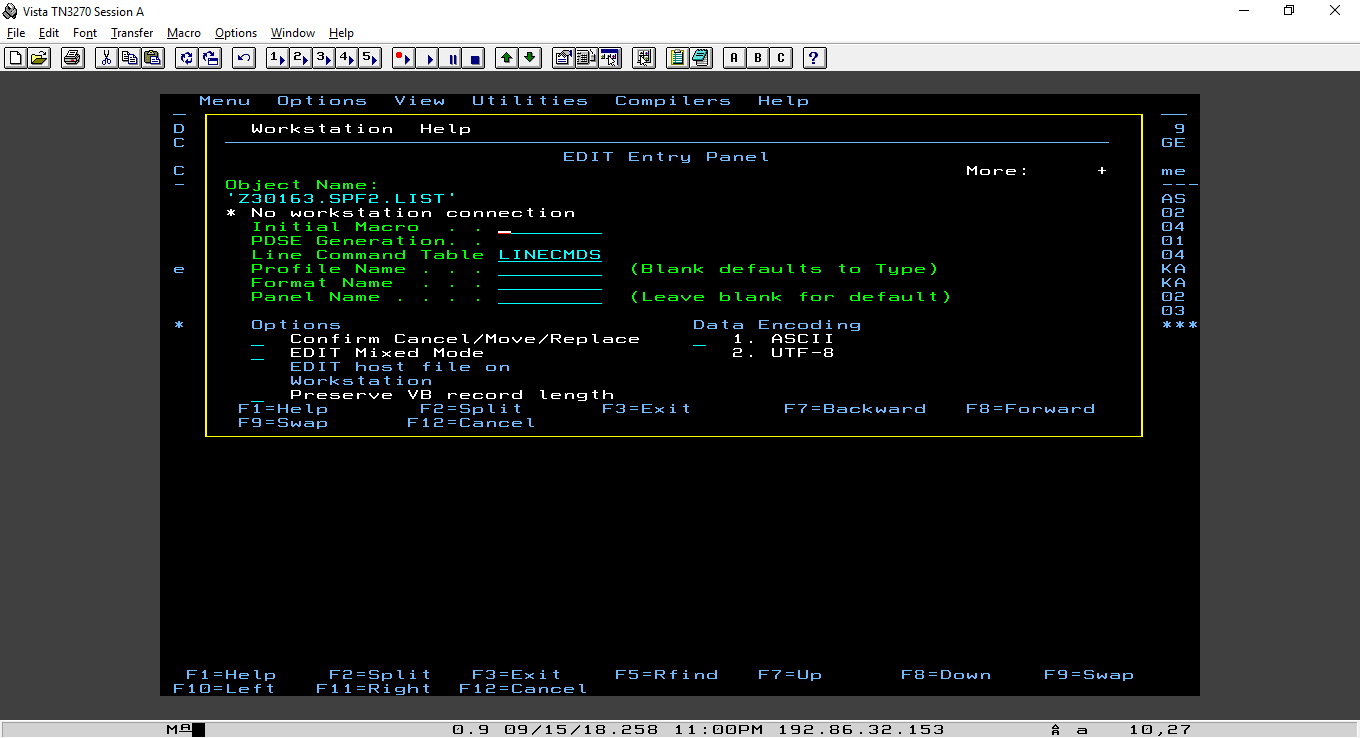 I don’t really need to use anything in this screen right now so I continue using enter to view the edit screen. 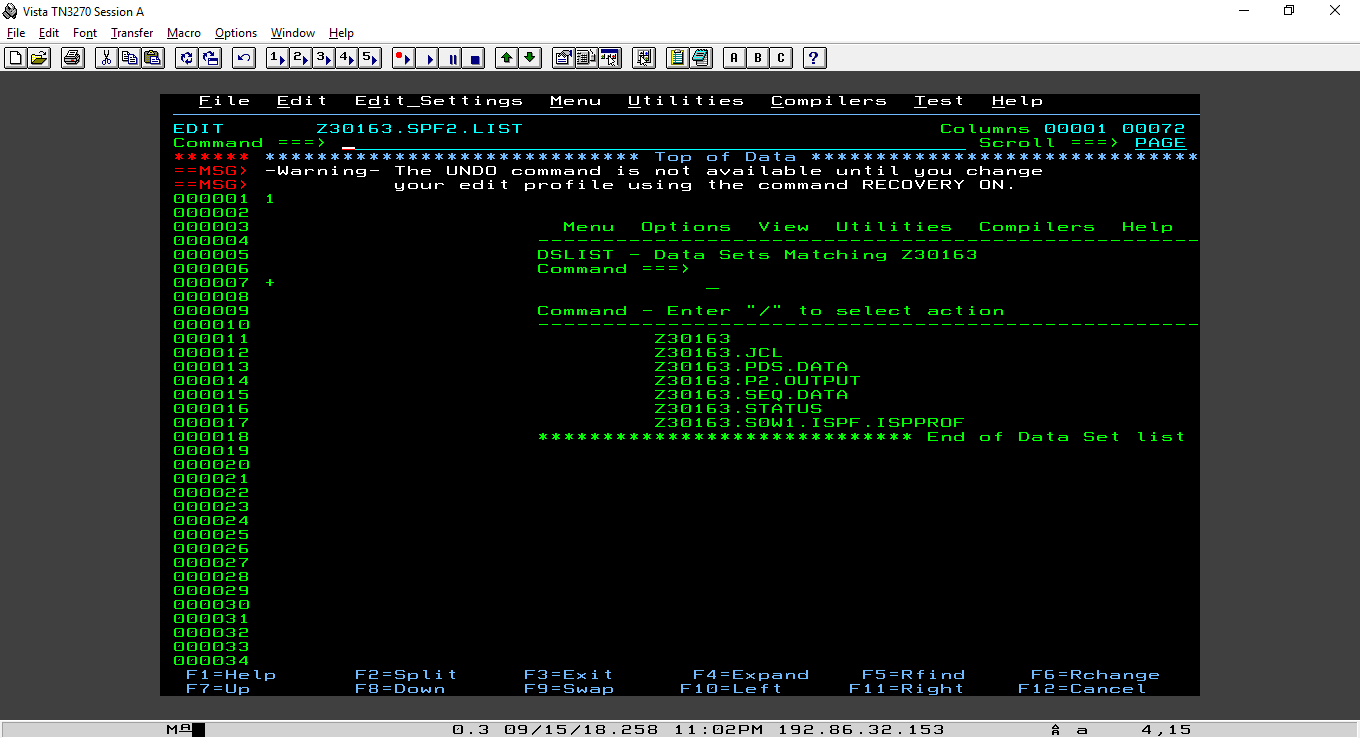 To get rid of the system messages and show a ruler I need to issue two primary commands. The first one being reset and the second command is cols. 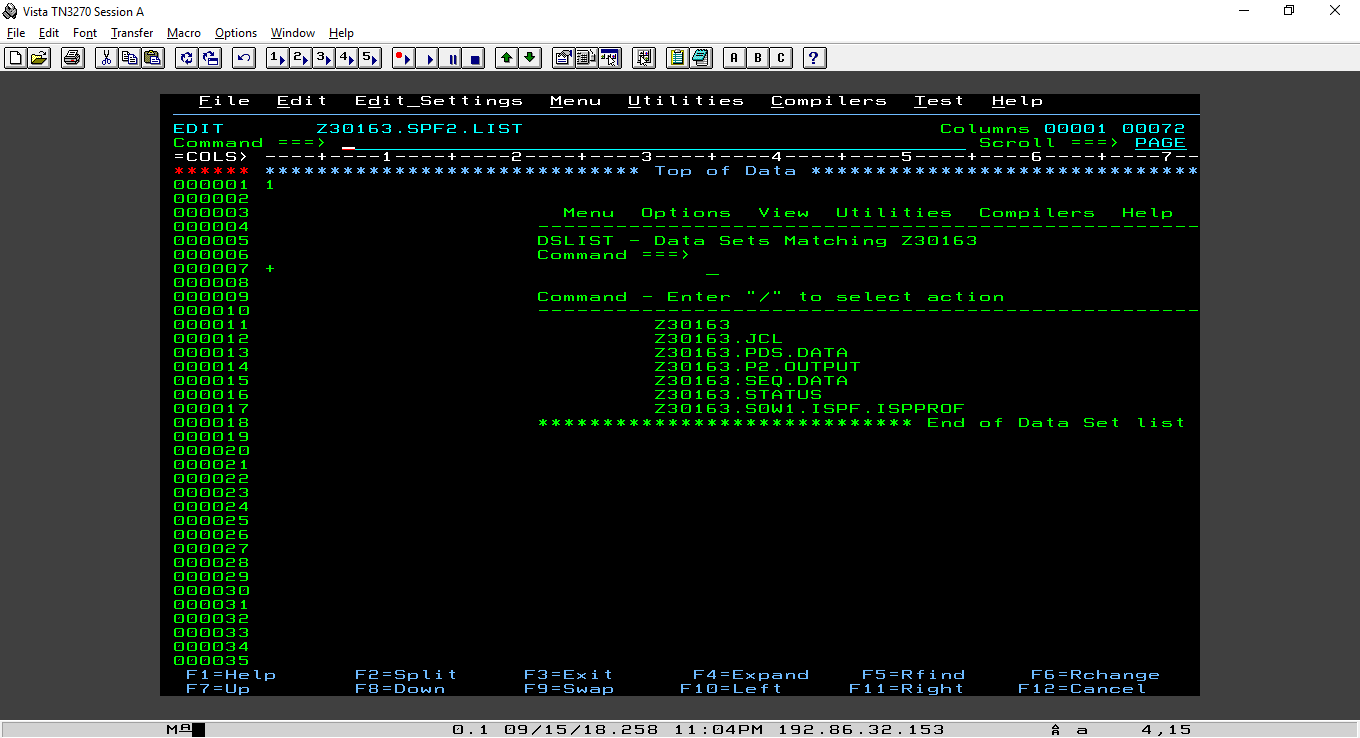 Next up is to shift the text to the right by 29 columns by using right 29 as primary command. The text begins at column 30 in the display. This might not make sense as you’re seeing —-+—-1 and so on. But the lines are additions. When it’s a five it becomes a plus sign. Whenever it hits a multiple of ten it becomes that number. The next image will clarify what I’m talking about. 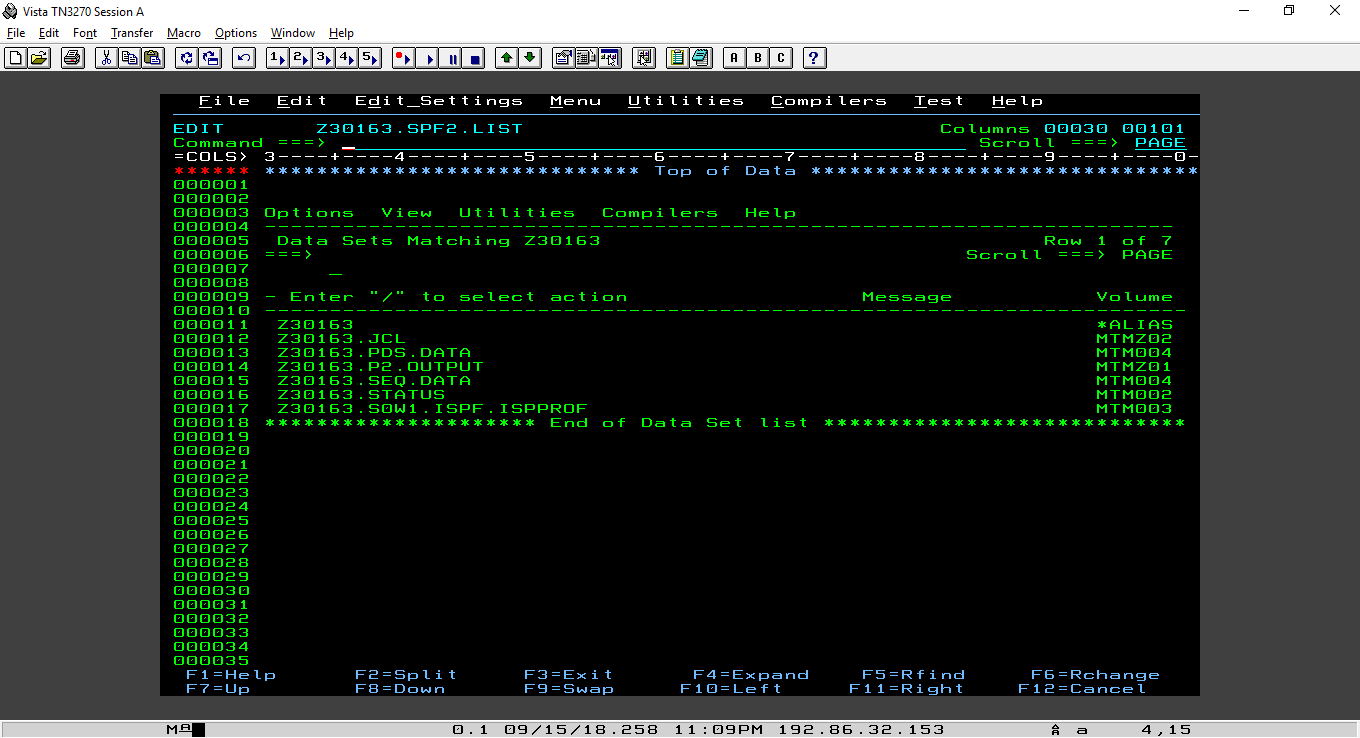 Now the display has just shifted itself to line 30. Whenever I use the left 29 primary command the screen returns to its original position. Now I’ll delete 10 lines and then I’ll delete 99 lines, which is more lines than the dataset has. 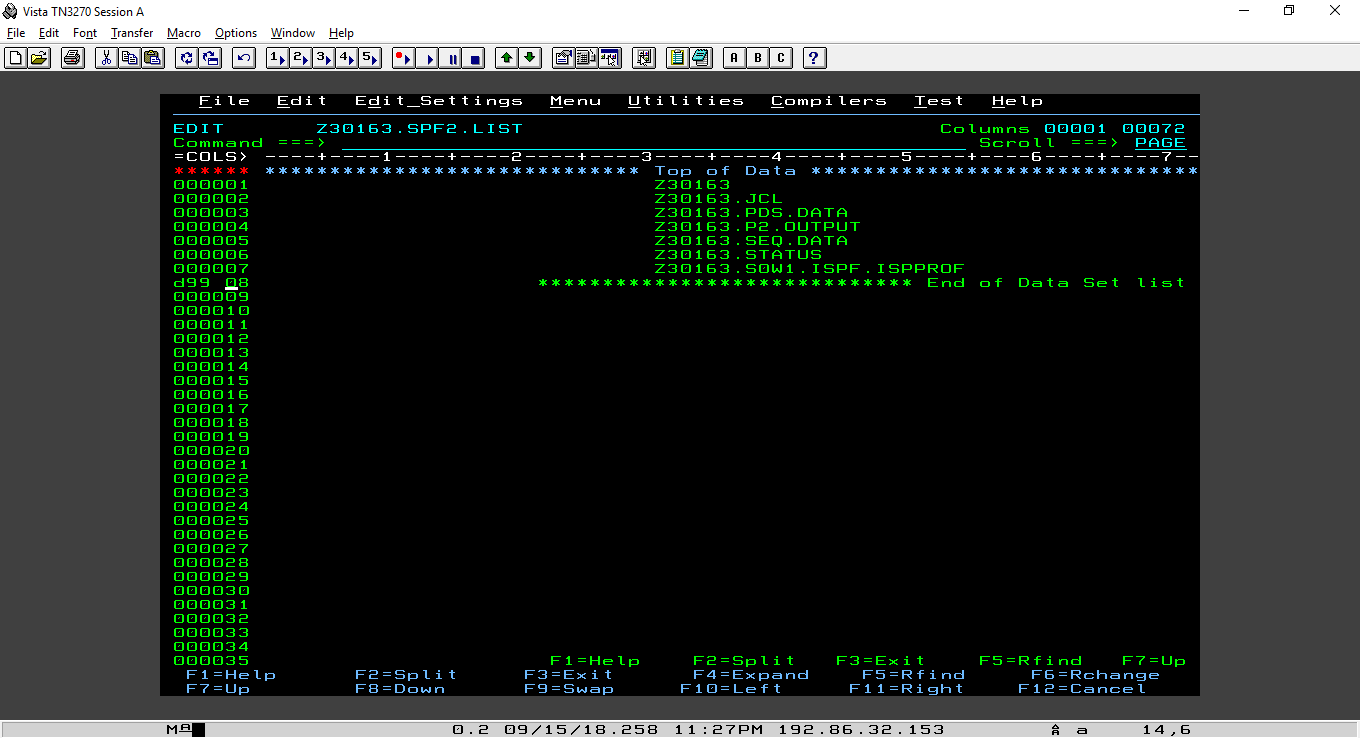 I deleted the first 10 lines. It might be hard to see but I prepared the d99 command at the same line where all the asterisks are. Normally it would say d99008, but to prevent it deleting more than I want I overwrite a zero using spacebar. 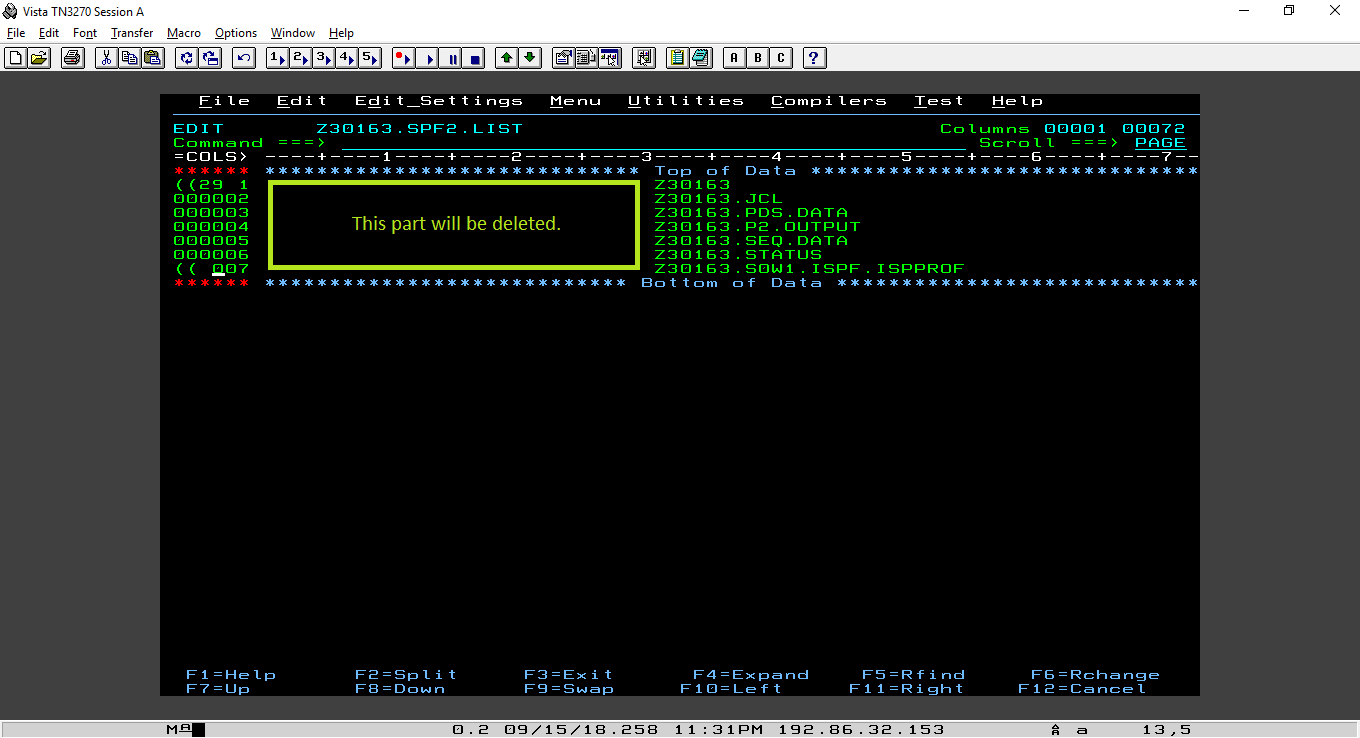 In the image above I’ll be shifting all the text to the left by 29 characters. Which results in all the spaces being removed. This is done by using the left parenthesis operator.

The outcome is correct. I’m almost there! Now I’ll replace and copy this data to member 3 of this dataset. 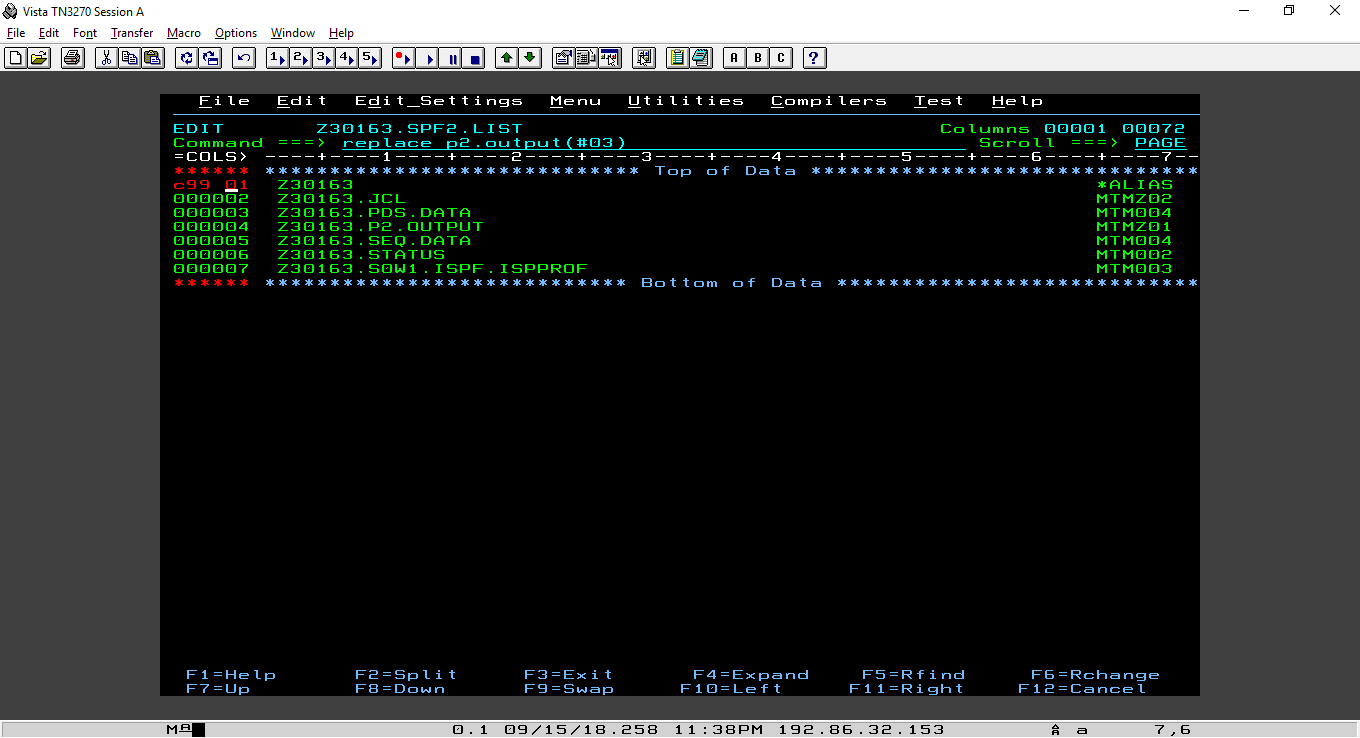 I’m not sure if I’m doing this right. Do I issue the primary command first or can I do both? Or do I need to do both to succeed? This should copy all lines to member #03 in dataset p2.output. Let’s see. 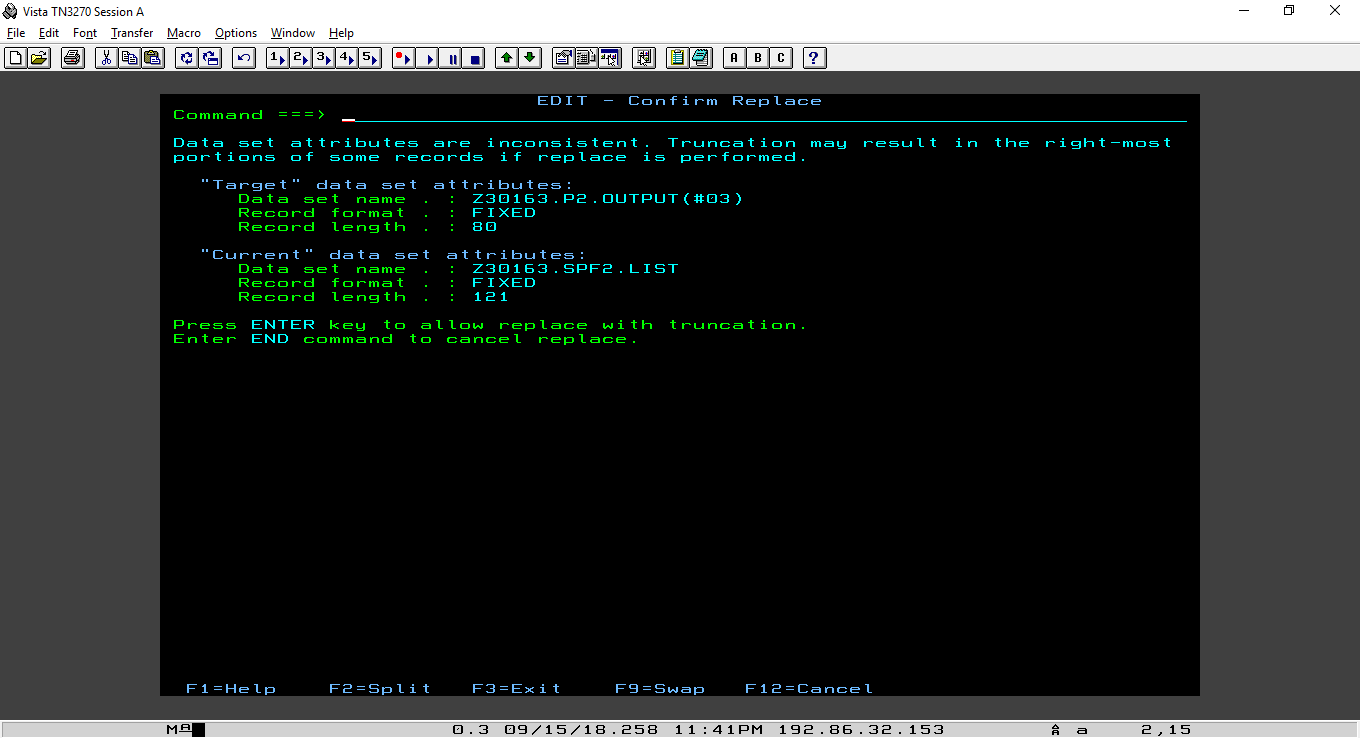 Truncation is allowed, let’s hit that enter button hard and see what happens! Please light a candle for me and hope! 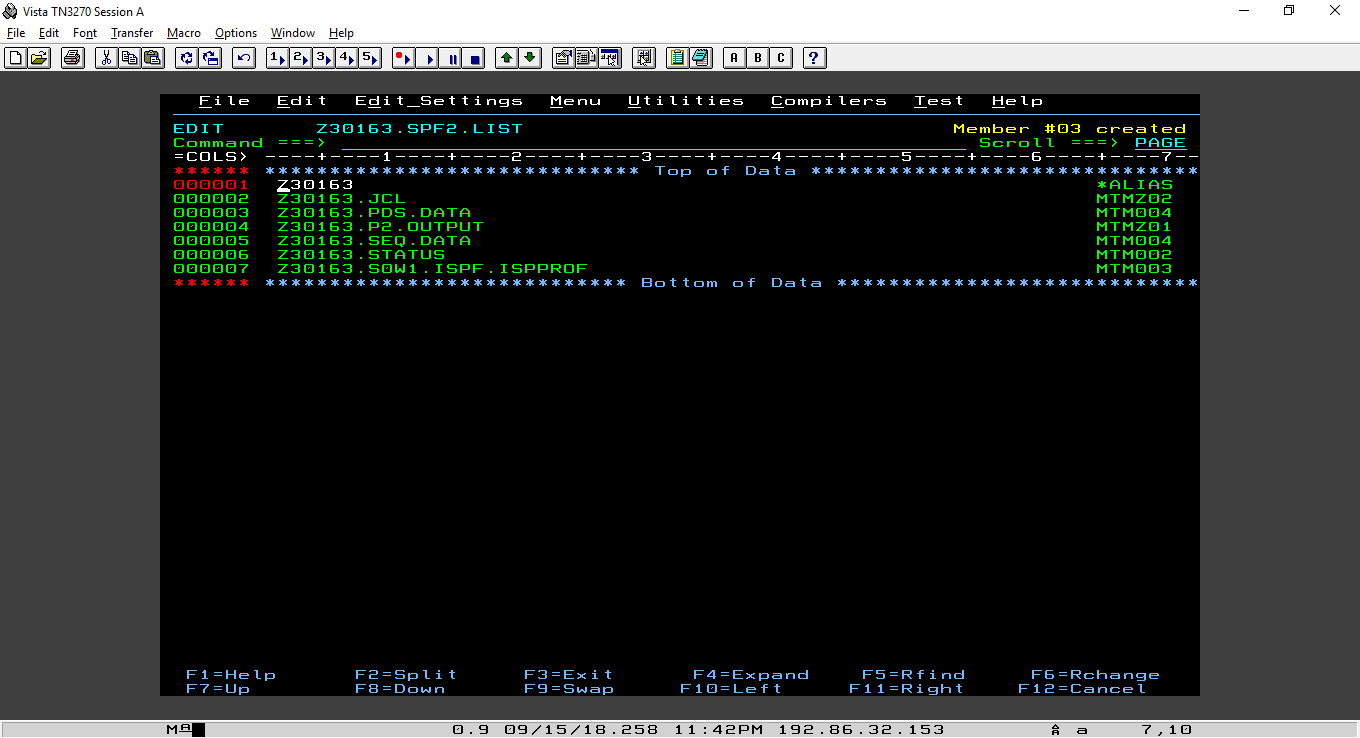 Do you also see that yellow Member #03 created message? What a relief! 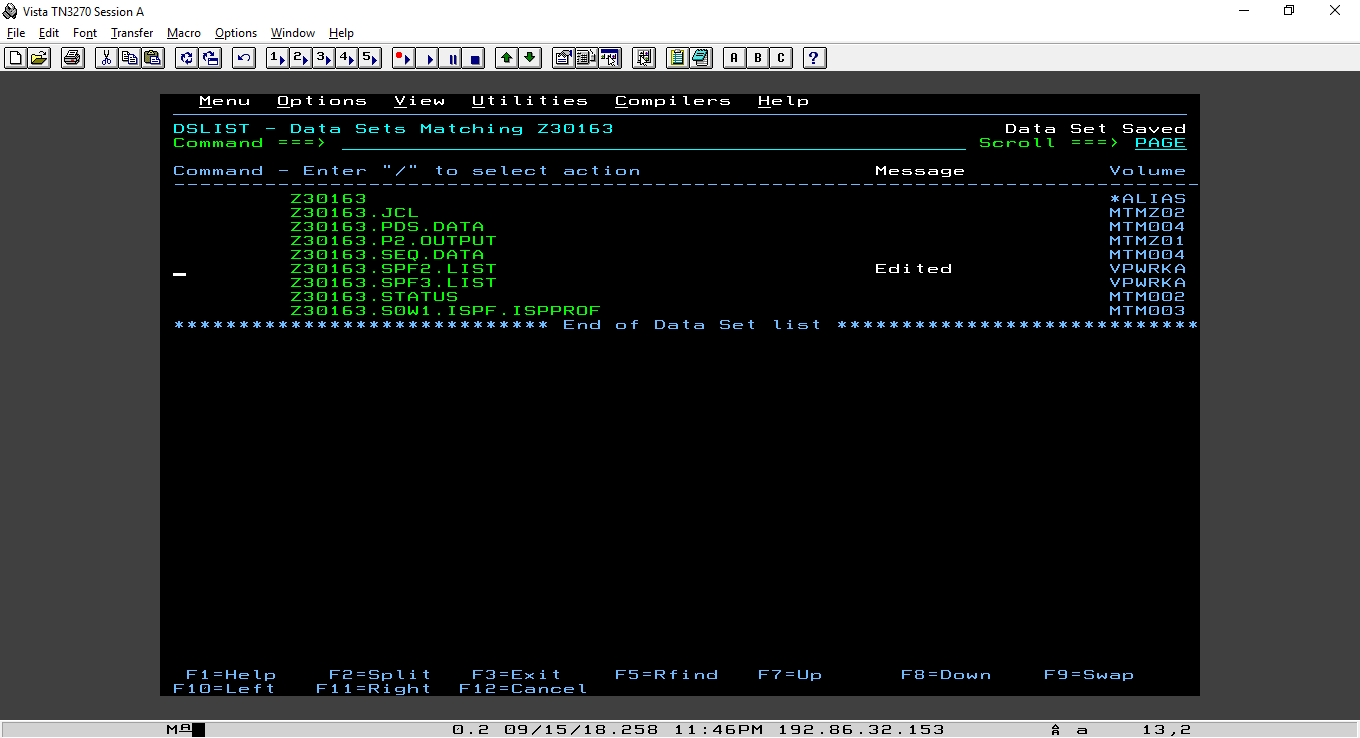 Edited! I did it Master Wayne! Now I’ll just hit that F3 button and challenge 3 should be done. That’s three challenges out of 15! I feel like doing part 4 already, too bad it’s bedtime 🙁

I really love using those bait titles to indicate the end of a blog post.

I just looked at part 4 and it looks a tad more difficult in comparison to what we’ve seen yet. Oh… and there’s also a new lecture video that I should watch before starting the challenge.

I’ve also spoken to Paul Newton from IBM about my blog and I’m not really allowed to show part 3 its solutions. So those blogs might be less in depth. But that’s a problem that the future will bring.

Well this is the end, for today. I didn’t lie to you when I said I won’t top that 750 word count from last blog. I’ll make it up to you next time 🙂

Also, don’t you think a blog without a spelling miskate is boring? I might include one in the next blog, it’s up to you to find it!