It’s funny to think that this blog actually exposes who I really am more my Facebook profile does isn’t it? I think I’ve posted a total of 3 facebook statuses in the last three, maybe four, years. That’s great!

I have to admit, I had to watch the lecture 9 video a few times before being able to fully understand what SDSF can do and how to work with it.

In Challenge #04 I’ll learn how to submit some JCL to execute a job. Review its output and write that output to P2.OUTPUT. Now, let’s blast some Stephan Bodzin through my speakers and get on with the challenge!

First let’s open the SDSF by using the sd command in the main menu.

Now I’m about to apply a filter which only displays every item owned by my ID. 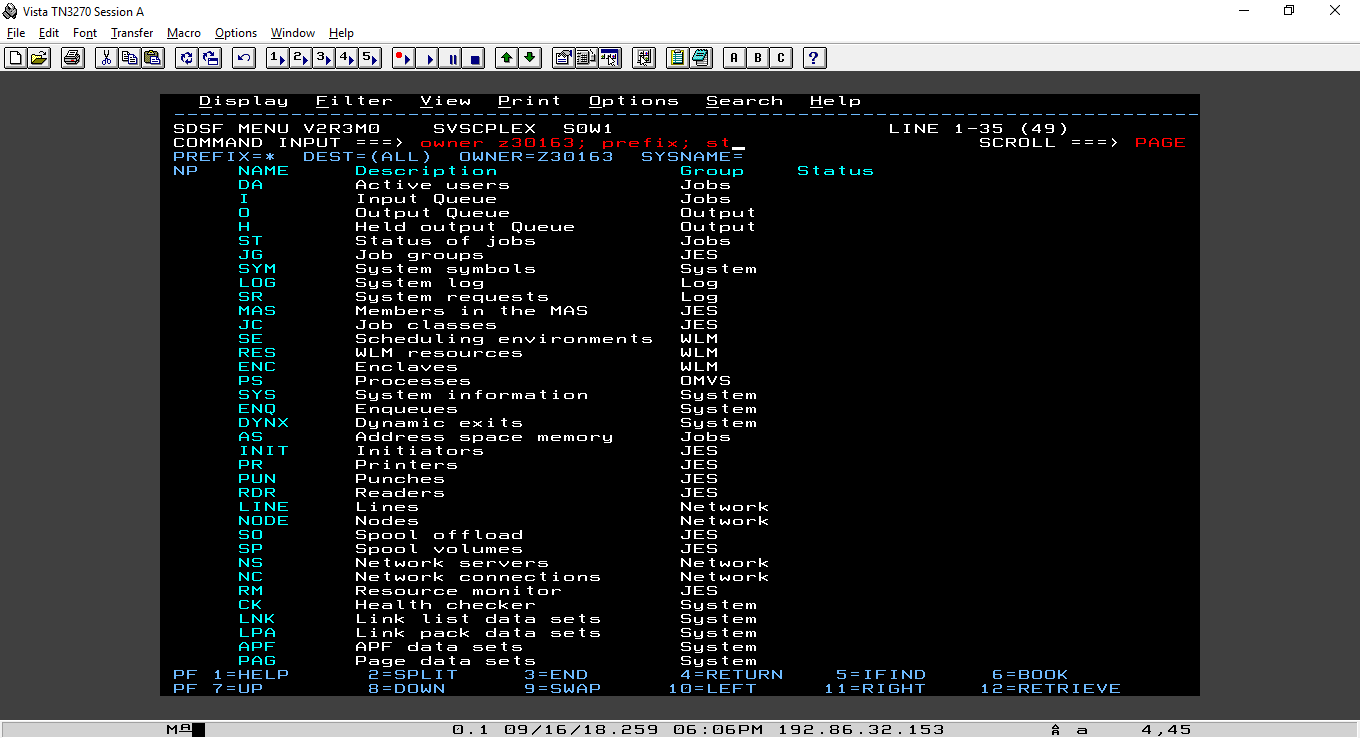 Now IBM tells me to just submit a job, so let’s go ahead and do that. 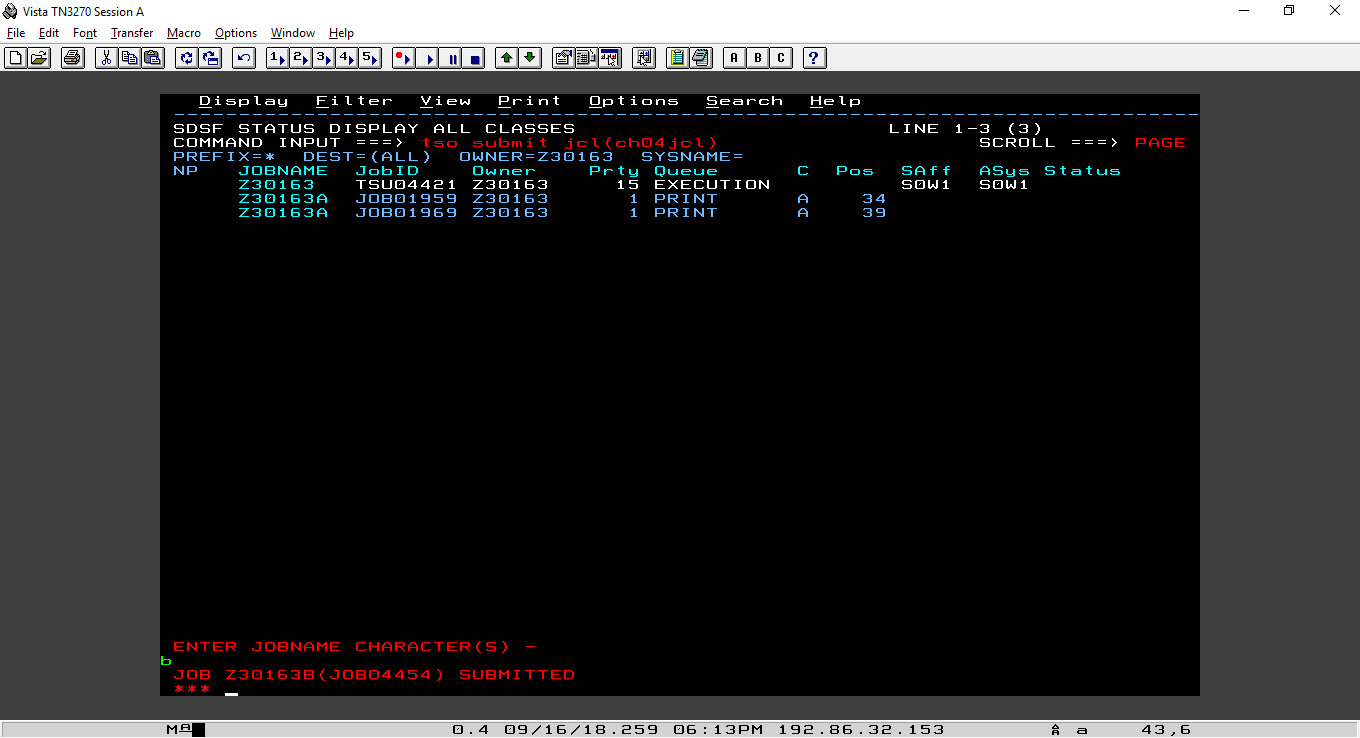 Done! In the command line you can see the code to execute the job. Further down the screen I had to enter b as the jobname and pressed enter to execute the job. Those three asterisks means that the system is waiting for me to press enter so it could continue.

Oh, was reading the next instructions and they explicitly said that you will need to refresh. Sometimes I’m just too impatient, guilty as charged!

I’ve typed 3 in the command bar so I can quit the output view and return back to the previous menu. Well I thought that would work and it didn’t. Used f3 and it put me straight back to the menu. 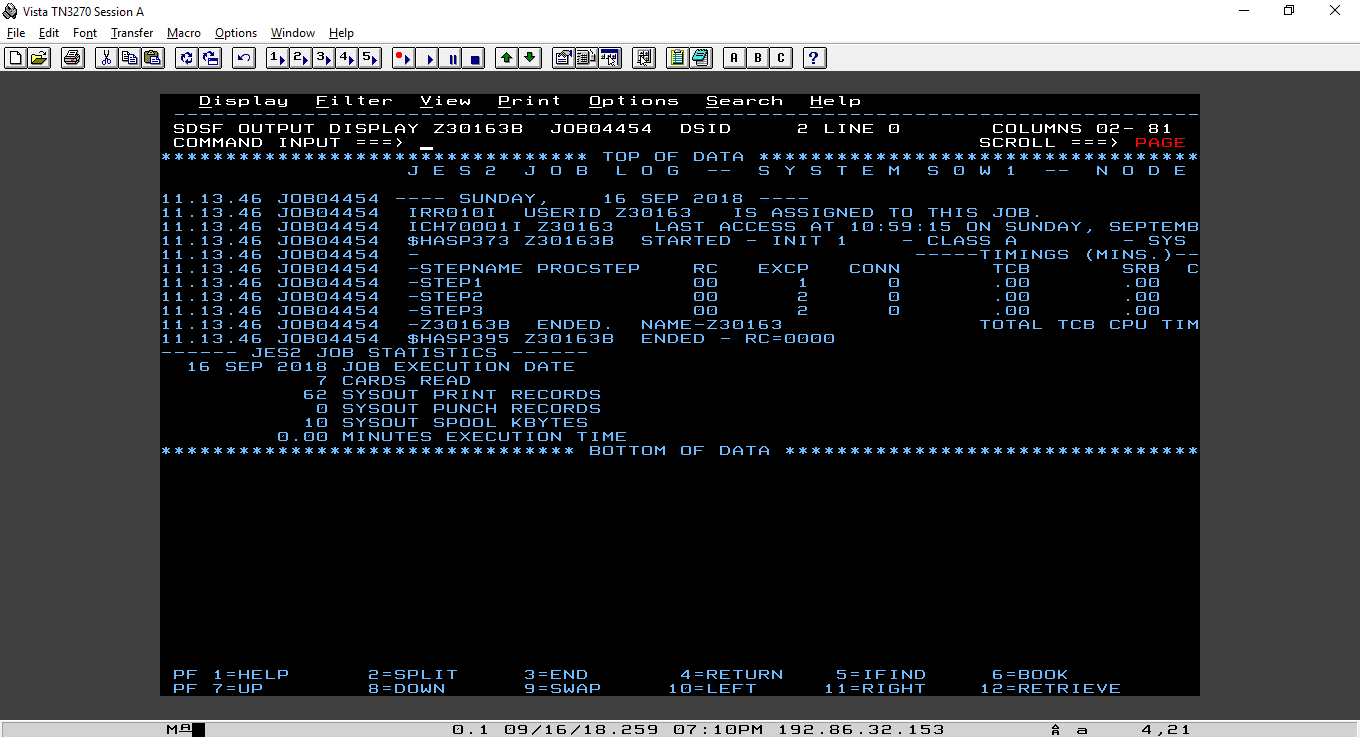 I need to write this JESMSGLG output to my P2.OUPUT dataset. This process is almost trivial to the last challenge, it’s just a bit easier because of the SDSF.

First print the JESMSGLG output. xdc is used to store the spool information into a dataset. It will open a SDSF Open Print Data Set menu. 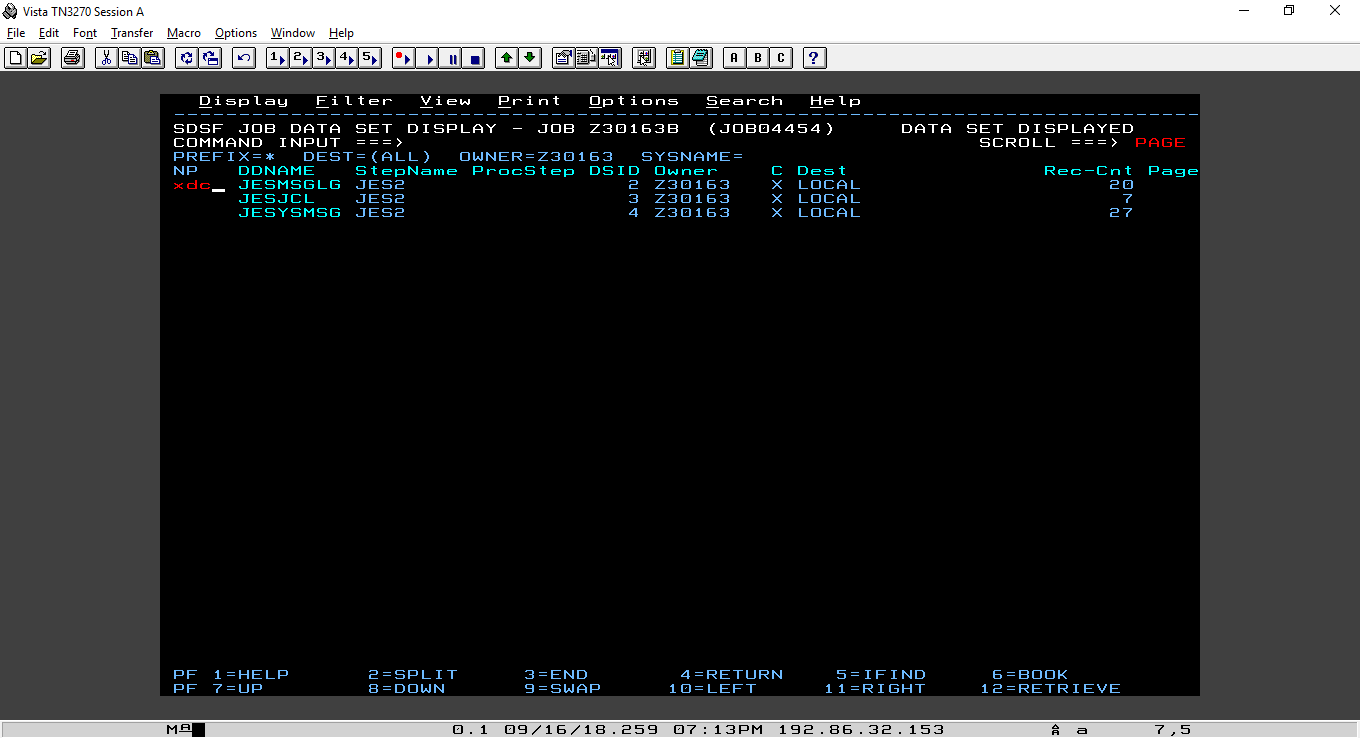 Now we get to see the Open Print Data Set menu. 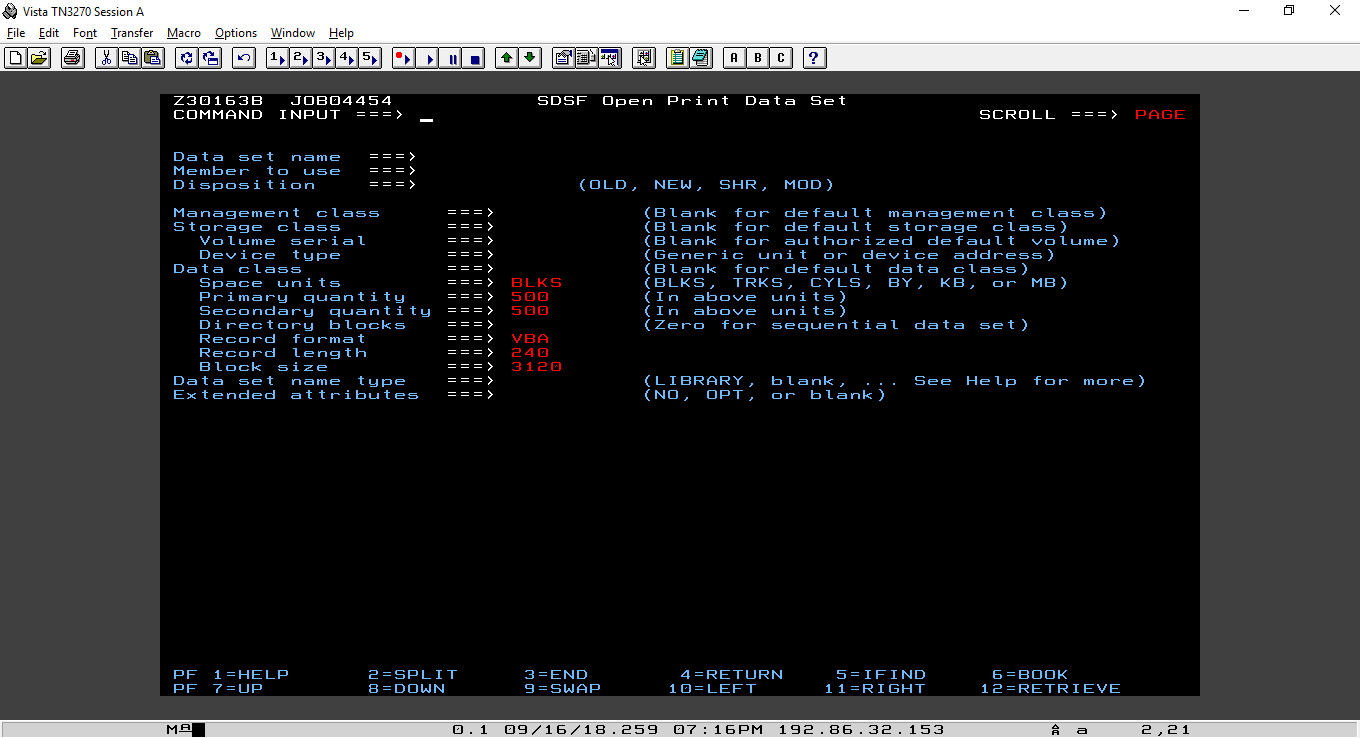 Now we need to fill in to which data set we wish to print the output to and which member we want to use. The SHR disposition specifies that the data set exists before this step. Other jobs can share the dataset and use it at the same time, think of SHR as SHARE. 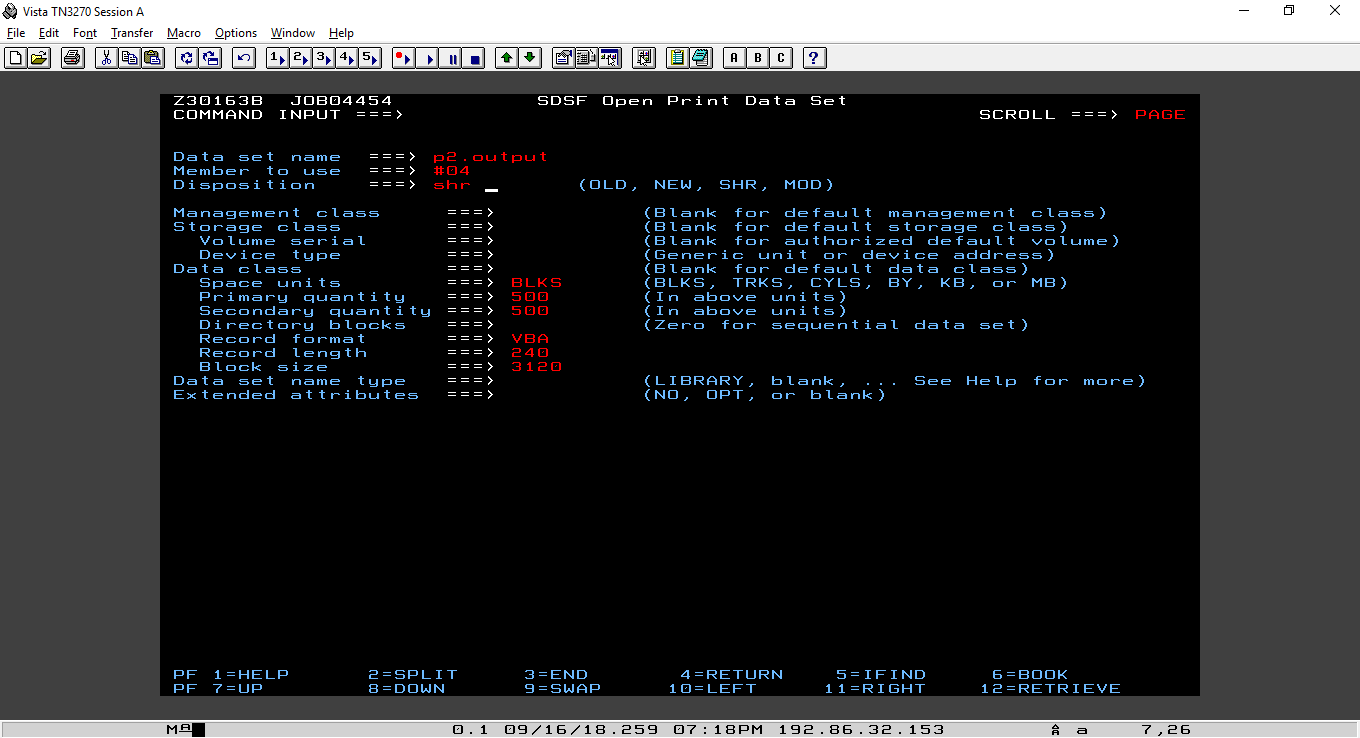 Let’s go ahead and initiate the copying. 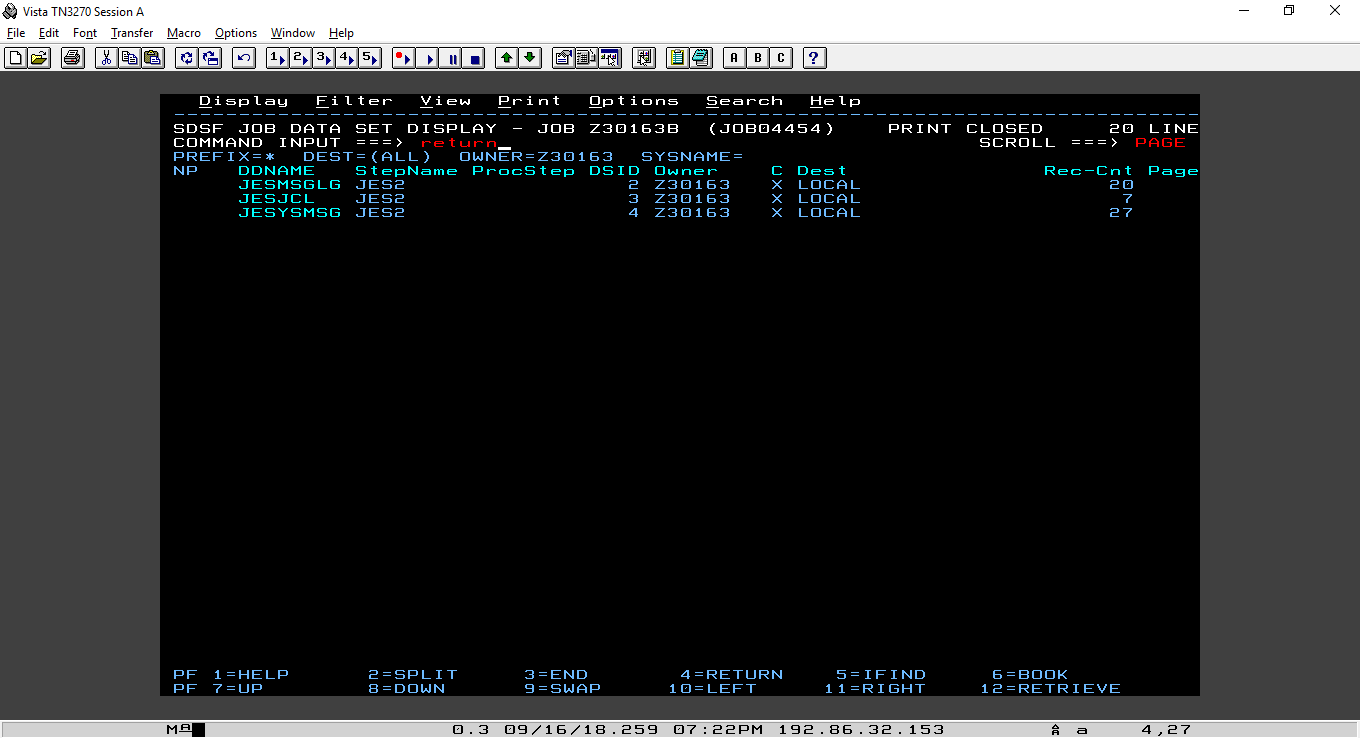 It’s hard to spot but in the upper right corner it says PRINT CLOSED so that means the data is copied! Hooray! I’ve entered return to return to the ISPF primary menu.

Now I’m ready to continue to Challenge #05! I have to admit one thing. For what is was, the challenge looked a lot more scary than it was in reality.

I’ve just checked challenge #05 and again it looks more challenging that #04. I guess I’ll study it a bit first and then report back 🙂

Programming on a Sunday

It feels weird. Sometimes it feels like I’m at my job but actually doing my own thing. I’m as exhausted as I would be after a day of hard work.

I know, this blog is probably released on a wednesday but I wrote it on a sunday. Are you upset about this? Mail your opinion to [email protected]!

What are you working on? Do you also code in your free time?