This challenge is a bit the same as last year except it has a few more data types to learn. Bits, Nibbles, Bytes, Hexadecimal, EBCDIC, ASCII, and BCD. Last year we didn’t learn about Nibbles (4-bits) or BCD. Time for something new! 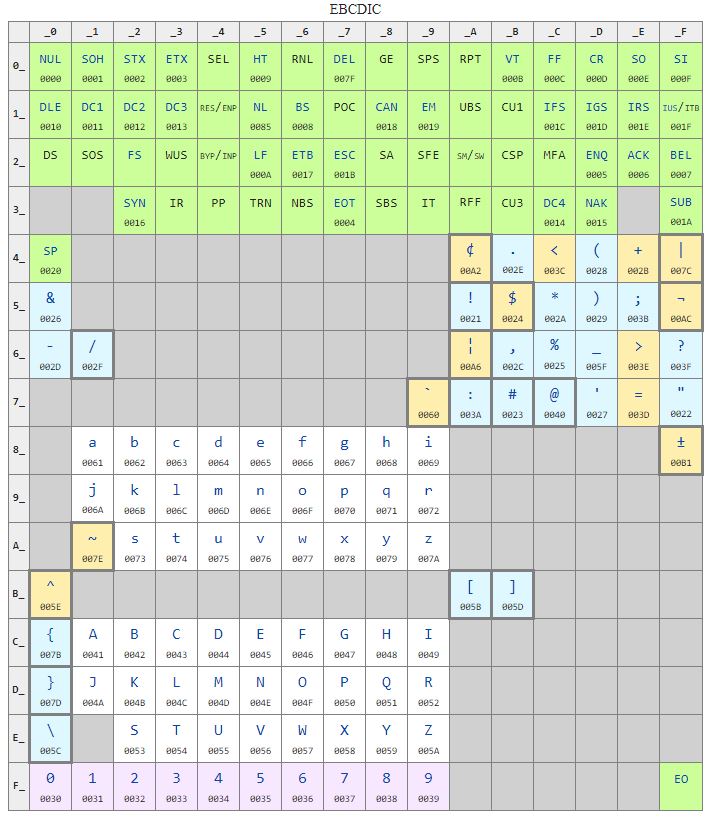 In each table cell above, the first row is an abbreviation for a control code or (for printable characters) the character itself; and the second row is the Unicode code (blank for controls that don’t exist in Unicode).

You can read what IBM wrote about EBCDIC on mtm2019.mybluemix.net. I won’t explain the character formats on this blog as IBM already does on the challenge page itself.

We need to edit Z#####.PDS.DATA and make a new member called EBCDIC. Then we need to copy a data set into it and change the way we view the file. 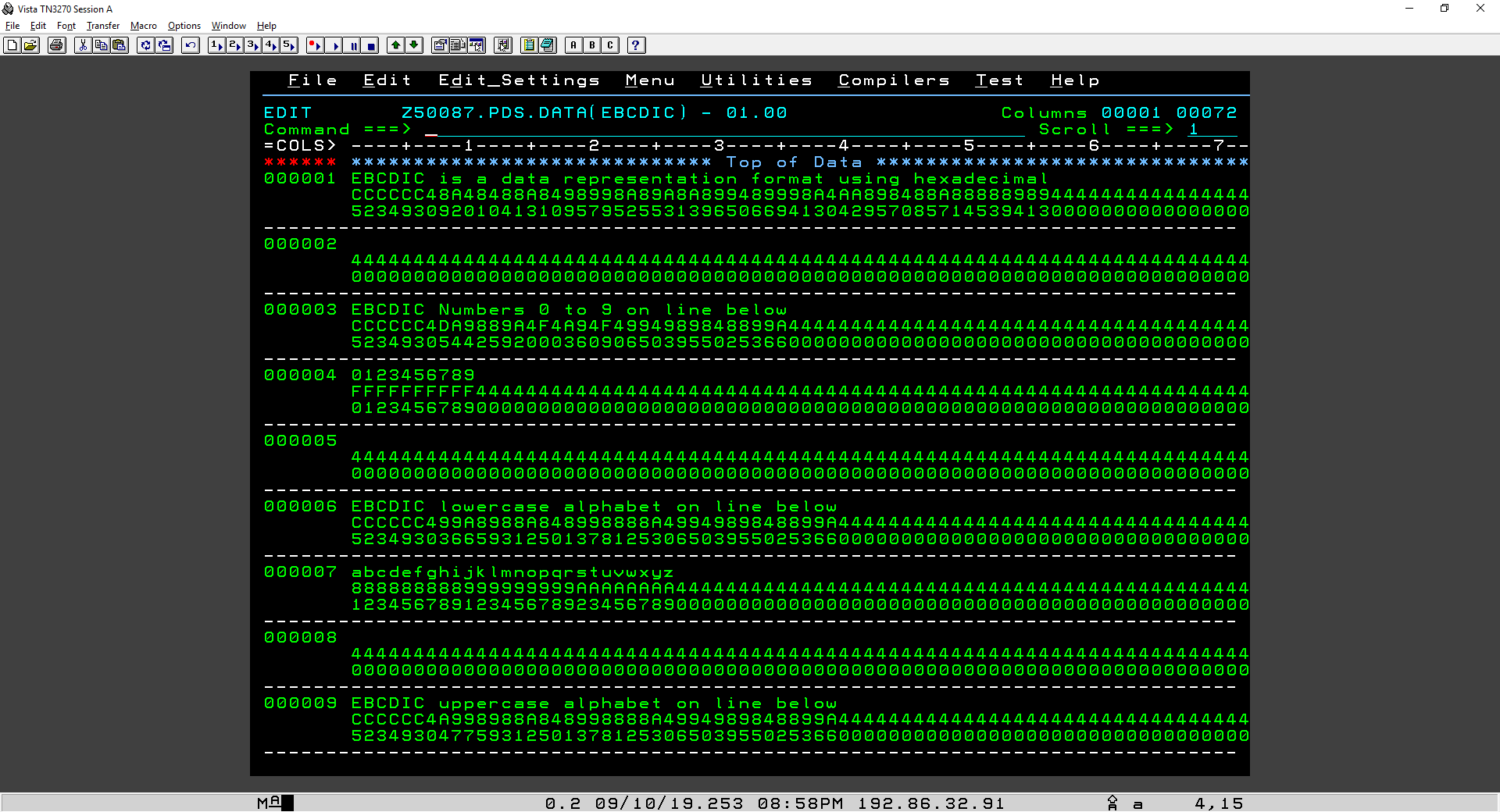 This is what I see. We don’t have to do anything yet. Now let’s go back to our data set and create the next member. Press F3.

Still inside PDS.DATA we create a new member ASCII and copy some data into it. 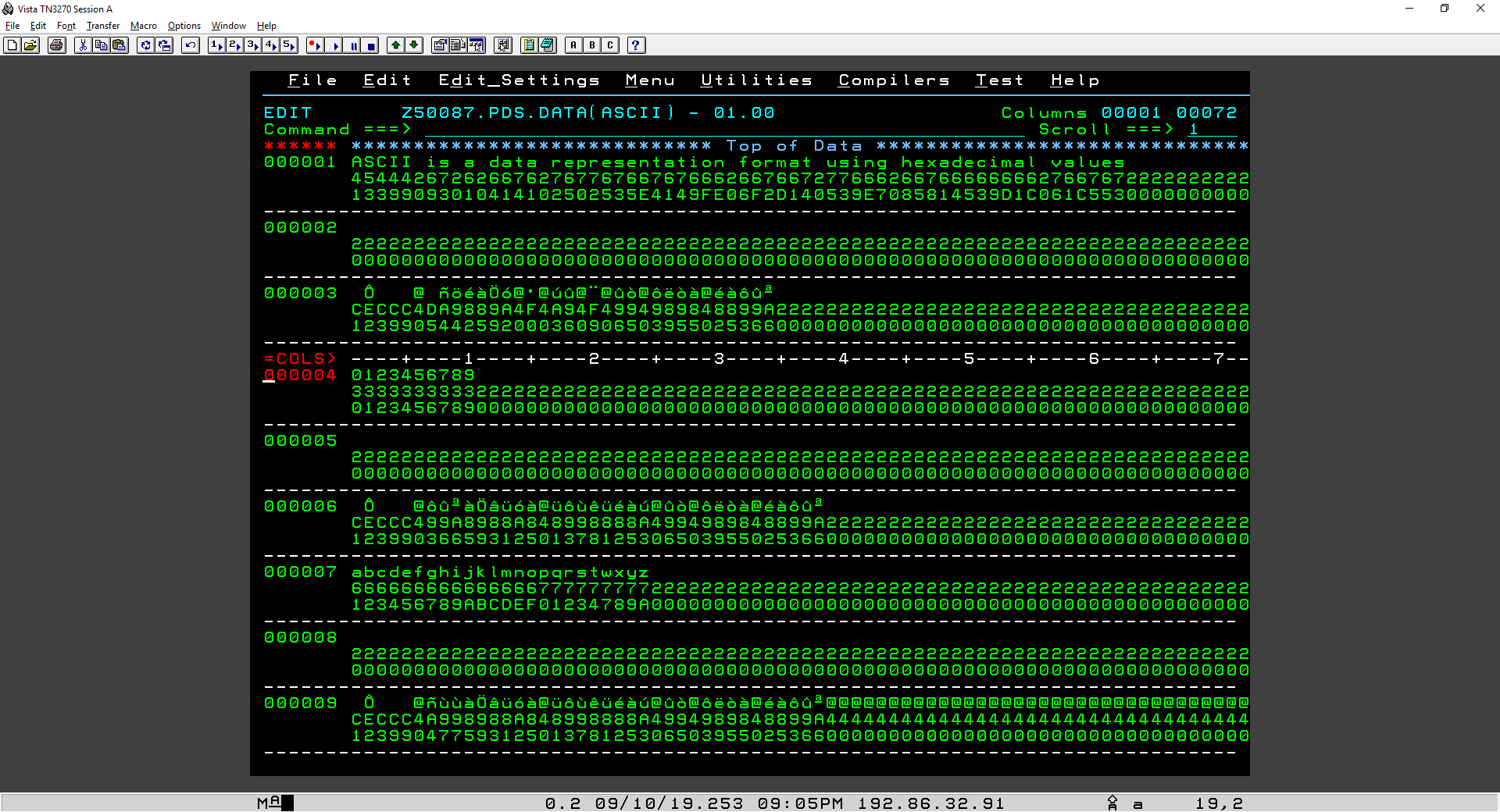 Again in PDS.DATA we will create a new data member called packed and copy some data into it. 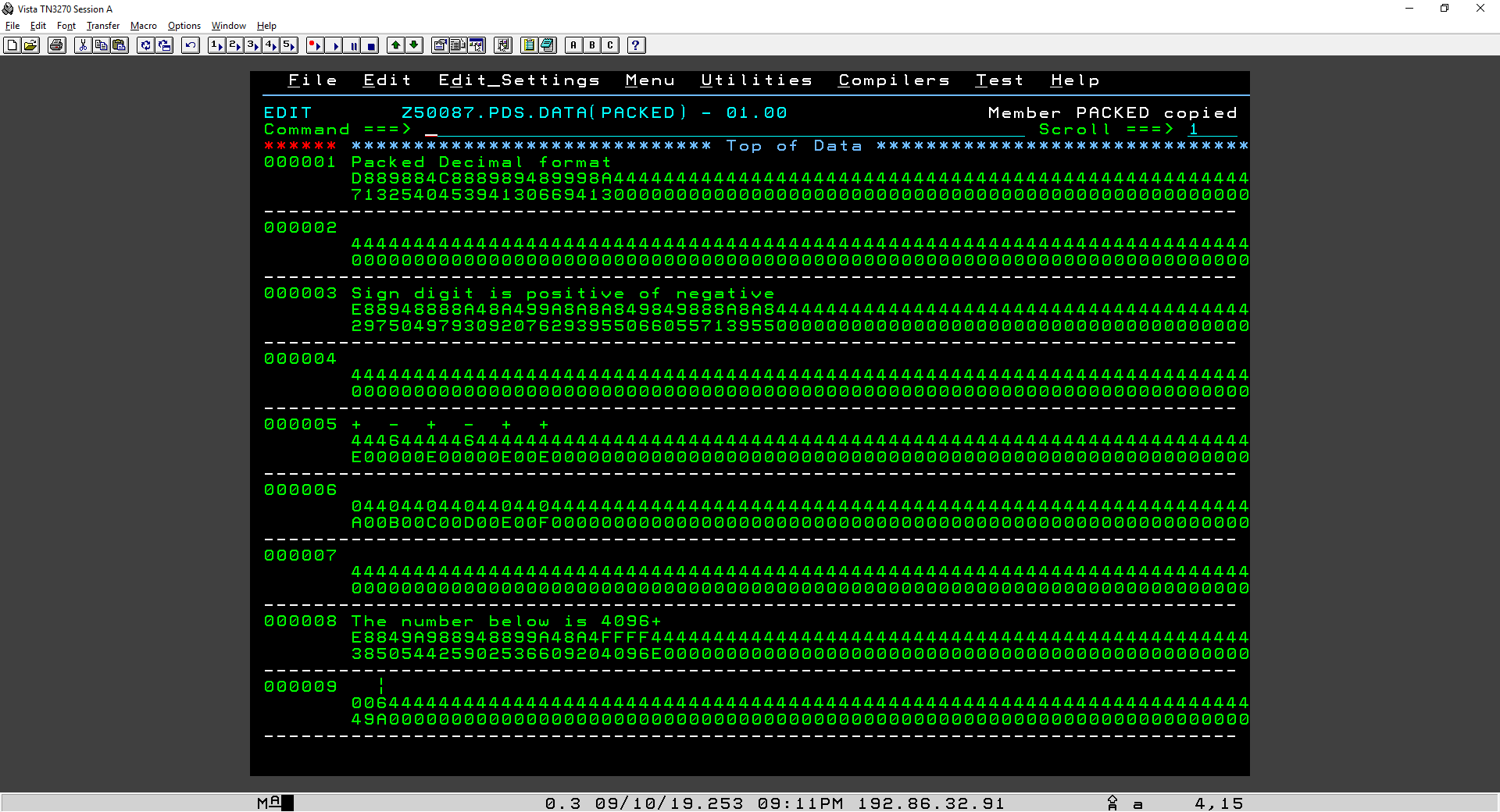 This is what I get. Let me first reset and then do the following. 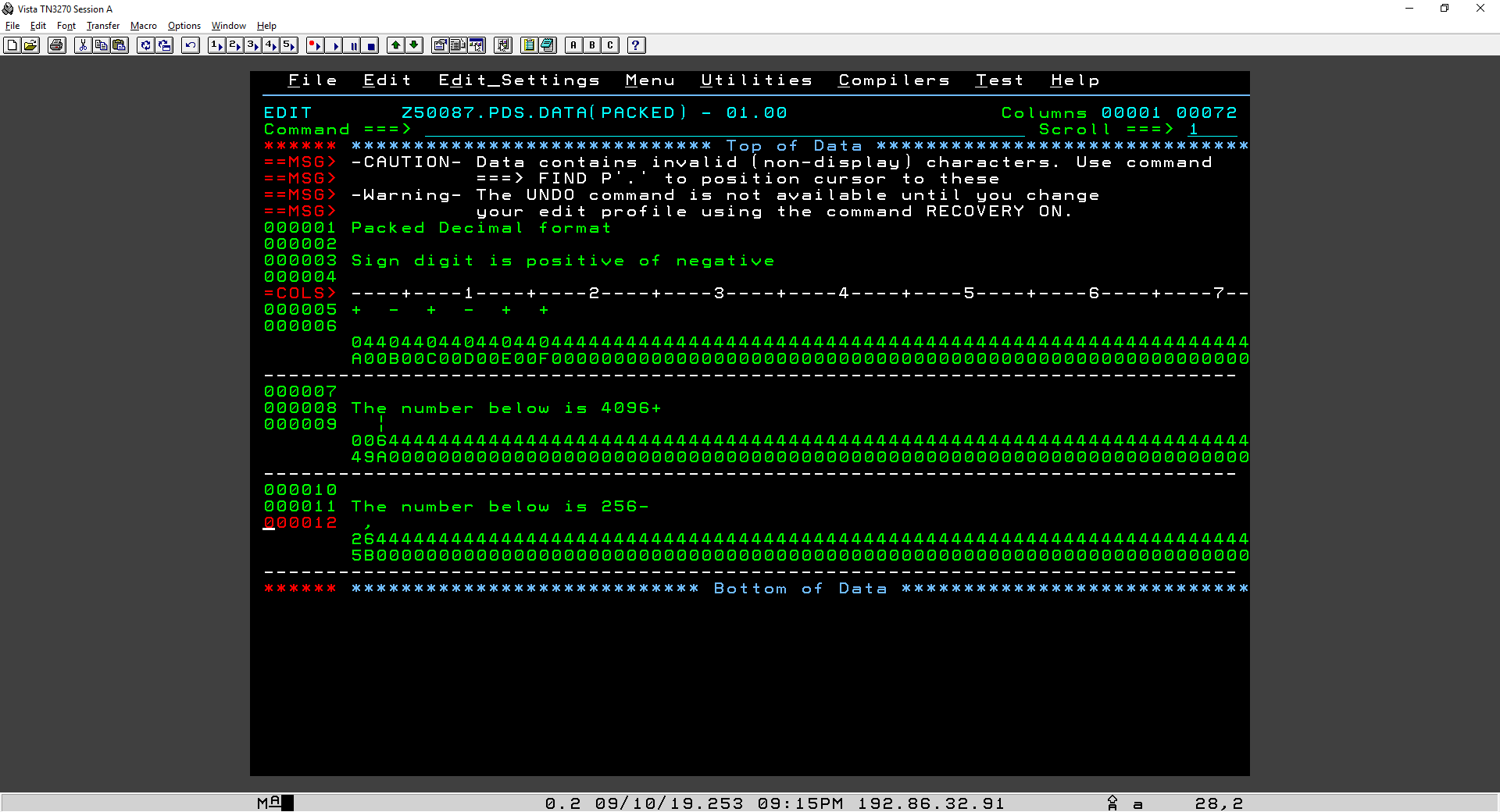 This is the result. Looks good! Let’s cancel and select a new member so we can solve this challenge using cancel ; s #08 as primary command.

IBM wants us to type a few things.

Let’s enable the hex view using hex on primary command to see what we are dealing with. 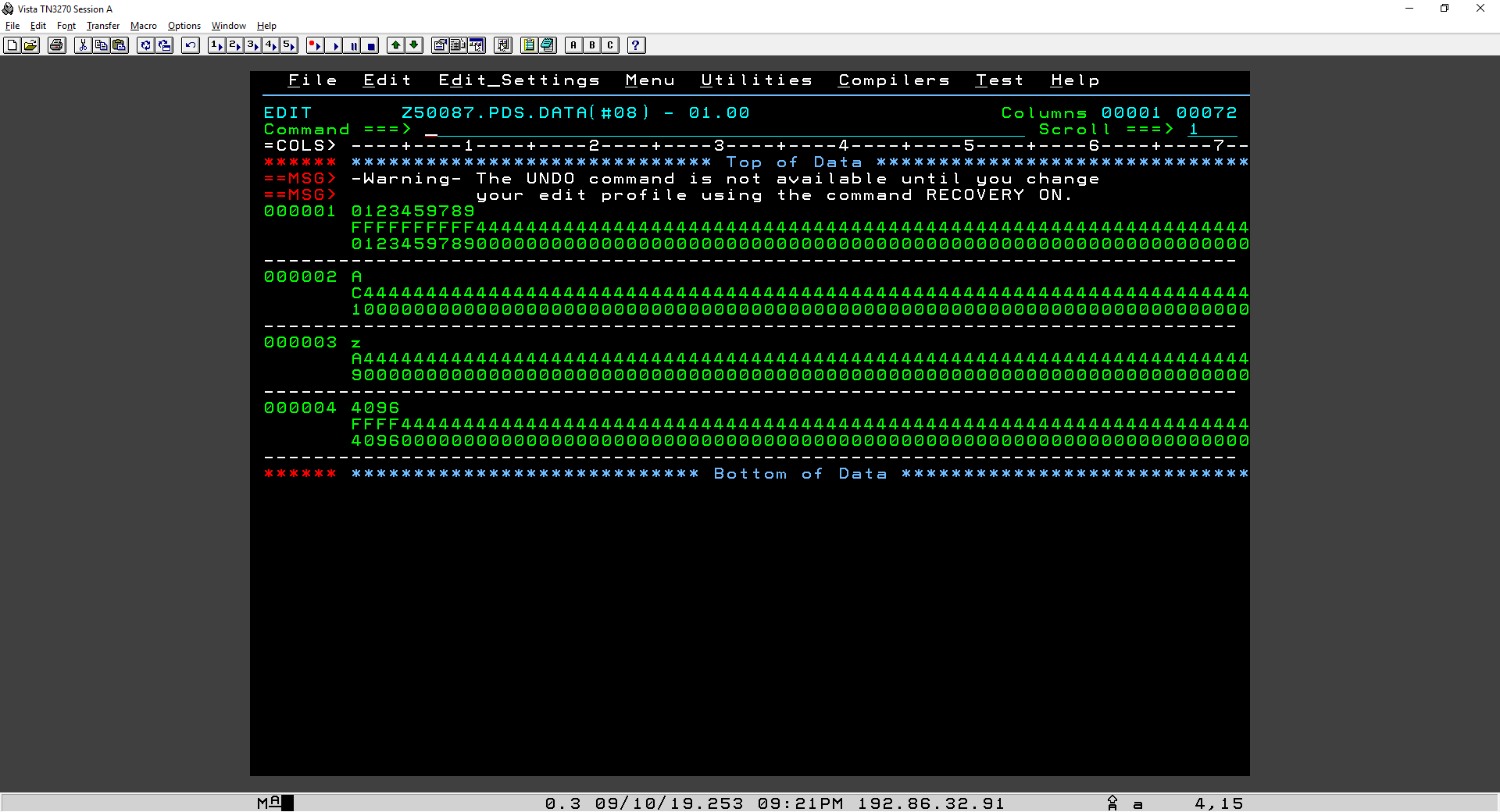 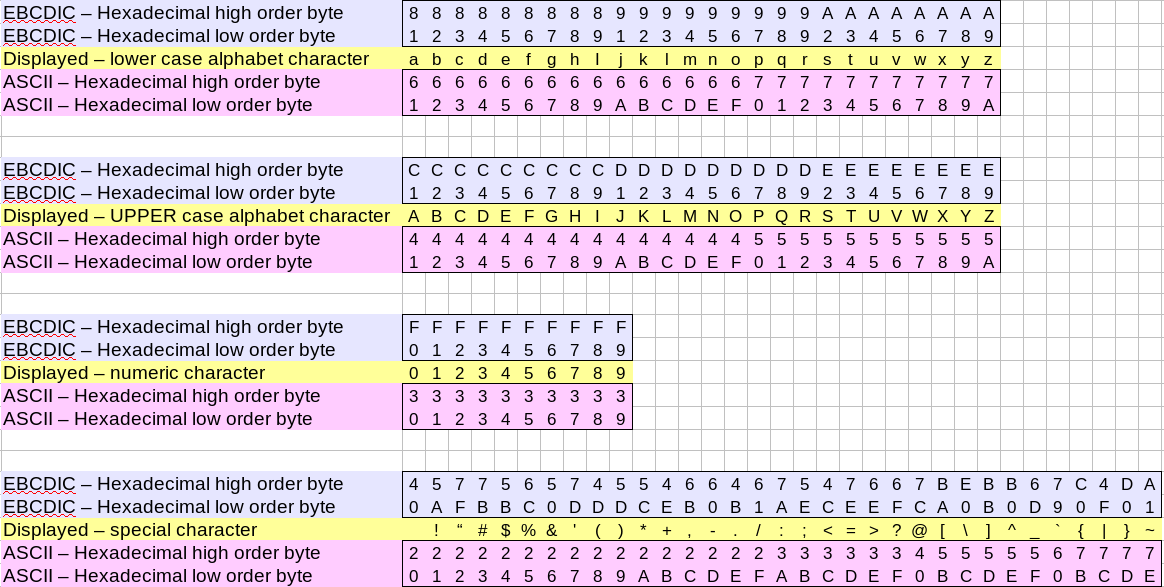 I have changed the other column to [4,0] so it becomes a space.

I feel like this should be correct. Let’s overtype 000001 with line command c99 and then issue the primary command rep p2.output(#08).

I’m too curious! I’ll just run TSO SCOREP2 primary command to see if what I have is correct.

It’s correct! Phew, this was a hard one!